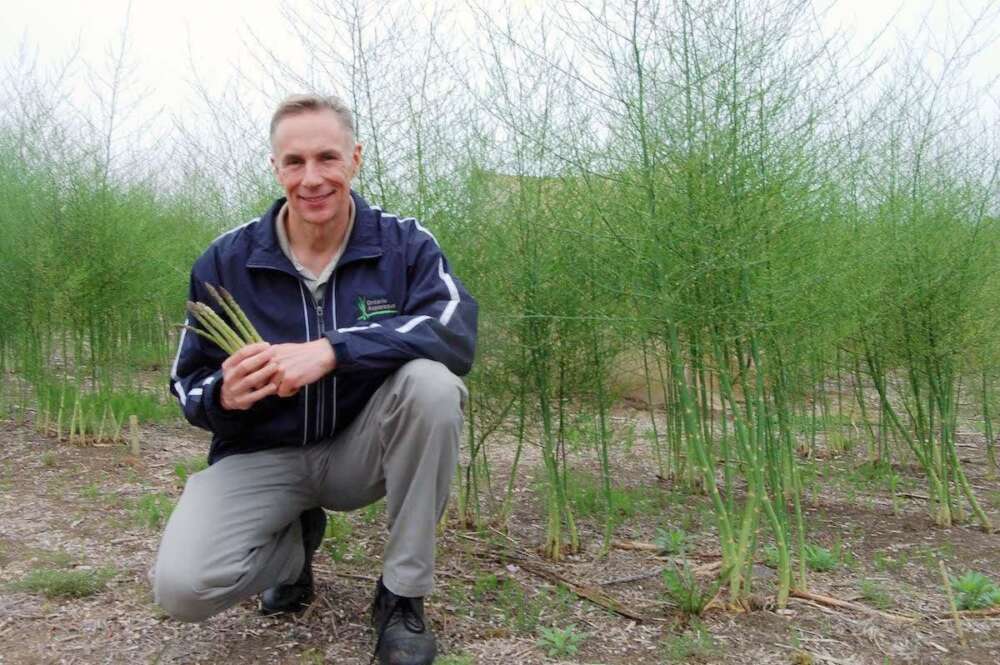 Two new asparagus varieties developed at the University of Guelph and now available to growers are expected to further improve the asparagus industry in Ontario, building on a transformational variety introduced by U of G two decades ago.

When the Guelph Millennium asparagus variety was introduced to Ontario growers more than 20 years ago, it quickly became a game-changer.

Before Millennium, growers struggled to keep fields producing high-quality asparagus year after year, according to Dr. David Wolyn, who has bred asparagus for more than 30 years and heads U of G’s asparagus breeding program.

“The previous asparagus varieties developed in the United States didn’t last long here in Ontario – just a few years of growth before their yield would drop off,” he said. “What we created was an asparagus that had a high yield and came back year after year.”

Some plantings of Guelph Millennium have lasted 18 years or longer. The variety quickly became popular among growers — so much so that it now accounts for more than 80 per cent of the asparagus acreage in the province. 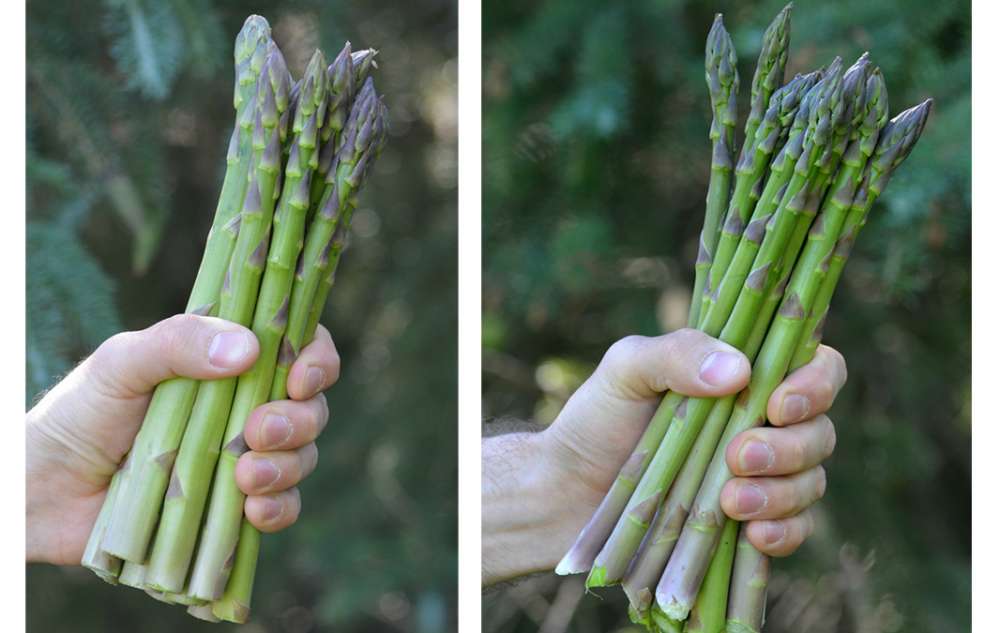 The variety offers winter durability, consistently high yield and quality, including long spears and a tight tip, Wolyn said, adding that its arrival in 2000 was just what Ontario asparagus farmers needed to survive.

It’s a big investment to start an asparagus farm, said Wolyn. It takes four years for a newly planted field to be ready for a full harvest, and if yields fall off shortly after — as they did with older varieties — growers struggle to make a profit.

Knowing that an initial investment in Millennium seed would pay off in years of reliable yields allowed Ontario growers to expand production.

That varietal was named Seed of the Year at the 2005 Royal Agricultural Winter Fair and is now grown in many parts of the northeastern U.S., northern Europe and even the Pacific Northwest.

Now Wolyn and his team have bred two new varieties that they hope will become even more popular: Guelph Eclipse and Guelph Equinox.

Both promise even higher quality and yield than Millennium, with Eclipse offering the further distinction of a thicker spear.

“Some farmers like a larger spear,” said Wolyn. “Here in Ontario, most growers tend to prefer the traditional spear diameter, which they can get from the Equinox. But this gives them two options.”

Both varieties were years in development.

“Traditional plant breeding techniques have been used to get these better varieties,” he said. “We make crosses among elite plants, evaluate progeny, select female and super-male parents, then cross these to produce new hybrid cultivars.”

Each new cross has to be grown in a test field over several seasons. It takes six years to assess a new variety’s yield and decide whether it’s worth further testing. The variety is then replanted into new areas and grown for at least another six years, when it might move on to further grower trials.

“The process is very slow,” Wolyn said. “I like to say that with most annual crops like corn or soy, you get yield data in six months; with asparagus, you need six years.”

For their asparagus breeding and development work, Wolyn and his research staff earned the University’s 2019 Innovation of the Year award. He said there is more work to be done.