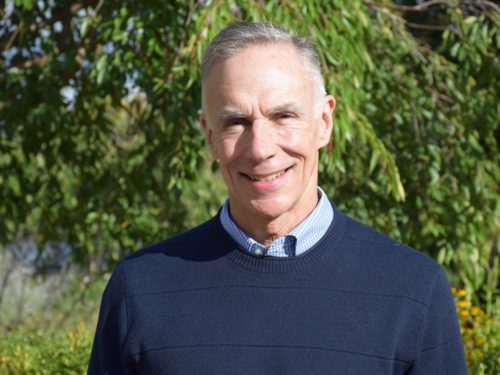 Prof. David Wolyn, Department of Plant Agriculture, is the University of Guelph’s Innovation of the Year award winner for 2019.

Malcolm Campbell, vice-president (research), presented the award to Wolyn for his leadership in the breeding and development of asparagus varieties that have become the most popular kinds grown in North America and that are fast gaining favour in Europe and Asia. Many believe the varieties saved the asparagus industry in North America.

“Dave has made incredible contributions to the creation of new varieties of asparagus that have had a profound impact on the industry and on the plates of consumers for decades,” said Campbell. “He is incredibly deserving of this award.”

Since the late 1980s, Wolyn has focused on producing hardy asparagus for colder northern winters to improve yield, quality and disease resistance. Production of Ontario’s crop has improved considerably in recent decades due largely to his work. 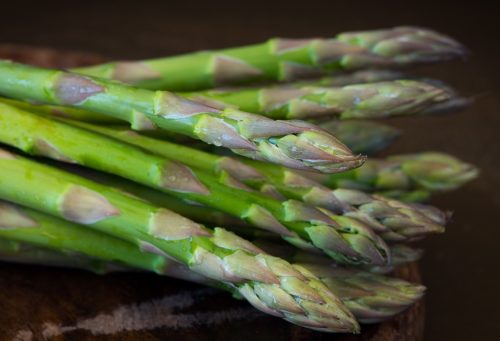 “It’s an honour to be recognized by the University in this way,” Wolyn said. “Asparagus is quite a long-term breeding proposition. It takes a long time to get a variety out, and it’s nice to be recognized for the work our whole team has been doing, especially my technical staff who are in the trenches every day – dedicated people like past and current members of my staff, including Paul Banks, Richard Grzesik, Rachel Riddle and Rob Grohs.

U of G’s asparagus breeding program has produced and released the Guelph Eclipse, Guelph Equinox and Guelph Millennium varieties. Millennium is now the predominant variety grown in Ontario, Wolyn said.

All of the varieties are male-only hybrids, renowned for yields three to four times higher than those of open-pollinated varieties that were once the industry standard. 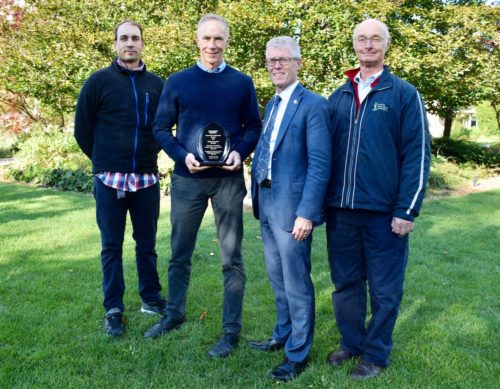 “The joy of being a plant breeder is being able to go into my local grocery store and pick up Guelph Millennium asparagus that we created here at the University of Guelph,” Wolyn said.

Other recently released varieties are coming into seed production and appear set to outpace previous U of G varieties.

“It is all about yield, quality and improvement in disease resistance,” Wolyn said.

Growers favour U of G varieties because of the plants’ longevity and ability to flourish even on previously unproductive land.

“Asparagus has its own unique challenges,” he said. “Dave has overcome those challenges and created new products that have found their way into the marketplace and onto consumers’ plates, where people are saying the University of Guelph is deliciously improving life.”