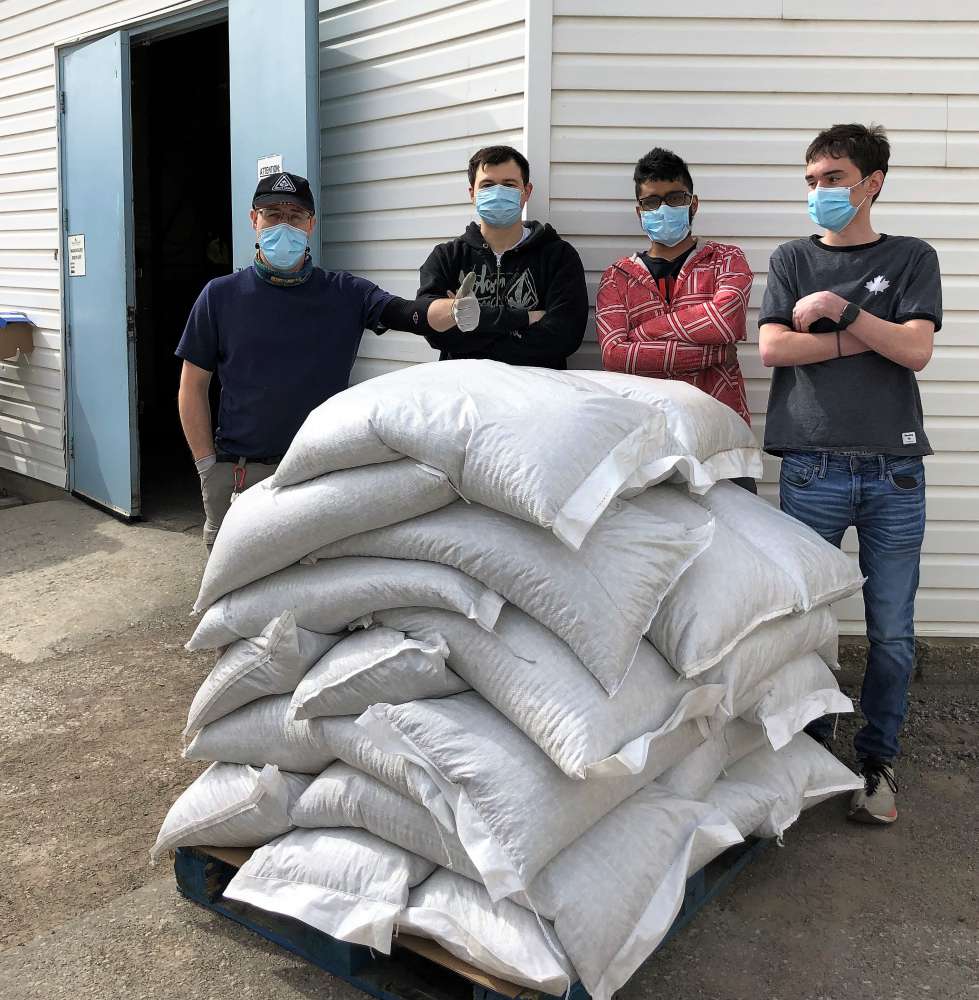 A donation from crop researchers in the University of Guelph’s Department of Plant Agriculture will amount to more than just a hill of beans. In fact, it will likely provide dozens of nutritious meals for many people in Guelph who are food insecure.

Researchers with the U of G dry bean breeding program recently donated more than 2,000 kilograms of beans to the Guelph Food Bank, the non-profit group The Seed and the University’s Hospitality Services.

The beans grew out of a research project led by Dr. Peter Pauls. The four-year study investigated the feasibility and potential benefits of growing a mixture of bean varieties in a single field rather than a single crop. The researchers wanted to know whether the approach would enhance genetic diversity, crop yield and resilience of the resulting crops.

The study, supported by U of G’s Food from Thought program, involved planting and harvesting thousands of bean plants in Woodstock, Ont., and at the Elora research station, said Pauls. 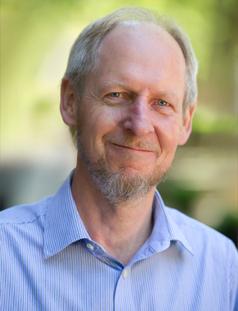 “The problem we ran into is we had no way to clean the harvested beans in order to make them suitable for human consumption,” he said. “Two thousand kilograms of beans might sound like a large amount, but it’s not for commercial bean processors. So, it was hard to find anyone willing to process what we had.”

Most commercial bean cleaning equipment is designed to sift and polish only a single variety of beans at a time. Pauls and his research team had harvested different varieties, including kidney, navy, black and cranberry beans.

When Pauls mentioned the problem to the head of a seed dealership called Crooked Creek Acres in Strathroy, Ont., the company offered to help.

“They cleaned and packaged all the beans for free, which was terrific,” said Pauls. “They know there are many in our area currently facing food security problems because of the pandemic and didn’t want to see all those beans go into compost. So, it just all came together and we’re so grateful they were able to help.”

Plant agriculture technician Tom Smith was able to arrange donations of the giant bags of beans. More than 700 kg of beans were sent to The Seed, another 800 kg went to the Guelph Food Bank and the rest were delivered to the University’s Hospitality Services, where they will one day become bean chili and stew. Kept dry, beans can last in storage for months. 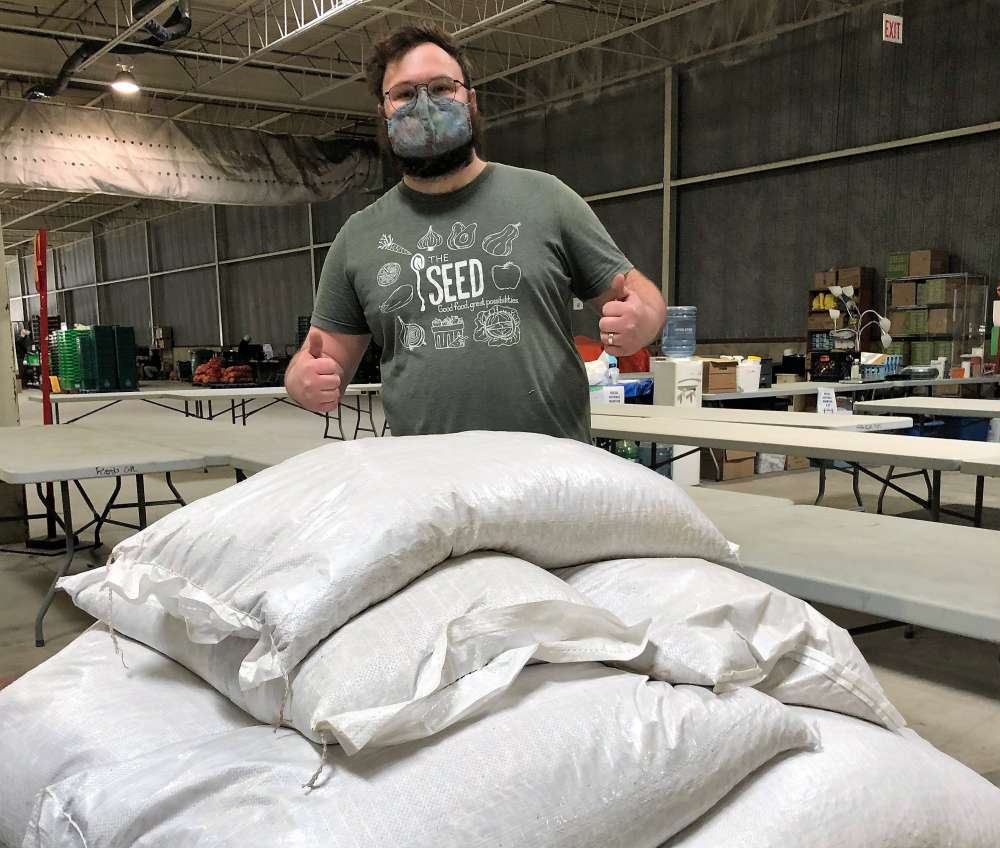 Riley Goltz with The SEED receiving 700kg of dry beans grown by U of G dry bean breeding program.

Pauls is pleased that none of last year’s bean harvest will be wasted, particularly since so much was gained from the research.

The four-year study, coordinated by research associate Yarmilla Reinprecht and including Smith and technician Lyndsay Schram, found multiple benefits of planting bean mixtures compared to a single variety. Those benefits included some higher yields, signs of greater biodiversity in the crop and potentially greater resiliency to environmental challenges.

They found that planting more than one variety of bean can provide a “buffering effect” in case of crop stress, such as drought or flooding. If one variety perishes during the stress, the other can often survive and fill in the areas left by the more susceptible variety.

“Essentially, with a variety mixture, you can build in some insurance,” said Pauls.

“The greater plant diversity of planting multiple varieties may also support larger populations of beneficial insects, as well as more productive soil microbes. We will be testing those possible benefits in the trial this summer.”

The study’s findings were published last year in Frontiers in Sustainable Food Systems.