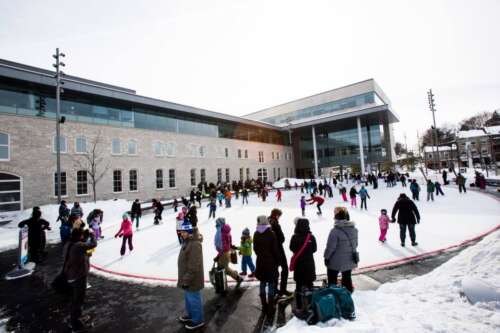 The Market Square Rink in Guelph. (City of Guelph)

Outdoor public rinks are important social gathering places for strangers to interact during winter and can improve the social life of cities, a new University of Guelph study has found.

Profs. Mervyn Horgan and Saara Liinamaa, who lead the Sociable Cities Project at U of G, studied social interactions at outdoor public rinks that offer free skating and don’t allow hockey. The research could help municipal planners design infrastructure and programming that enhances the social life of urban public spaces, said the researchers, who both belong to the Department of Sociology and Anthropology.

As iconic as outdoor rinks are in Canada, there has been surprisingly little social science research on skating-only spaces, said Horgan. 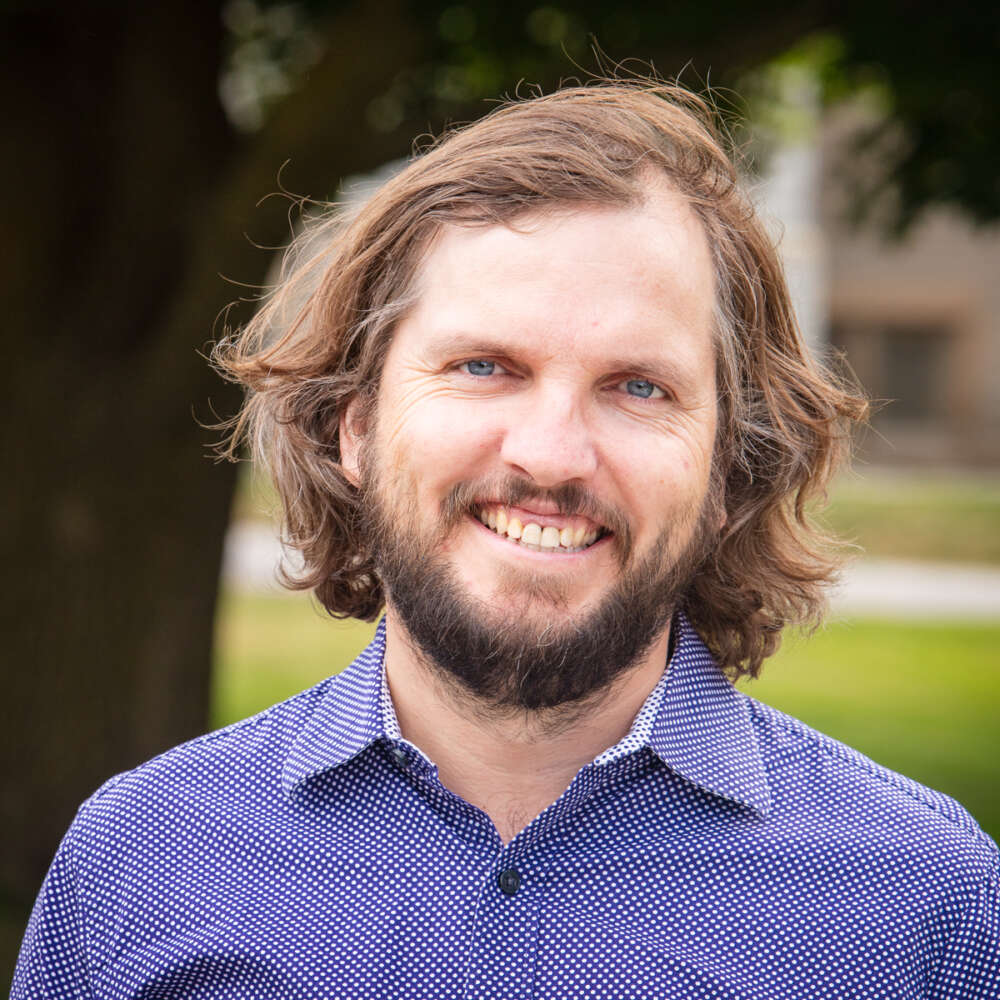 “These non-hockey rinks are like many other public spaces in the sense that they’re free to use and broadly accessible, but they’re unique in terms of the activities that happen on and around the ice surface,” Horgan said. 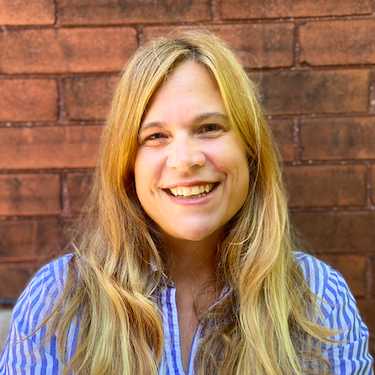 The study found these rinks afford ready sociable interactions between strangers. Ice surfaces are open to all, attract a diverse array of users and are generally relaxed and playful settings. Strangers engaged in brief but frequent and spontaneous conversations.

“No one gender or generation dominates the ice,” Horgan said. “People can hang around without having to spend money, and people move between skating and sitting around the edges sharing small talk with strangers.”

For urban dwellers living among strangers, it is important to create shared social spaces that bring people together, enhance their well-being and foster low-stakes interaction, he said. 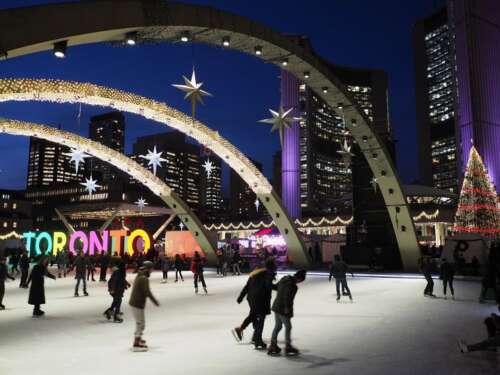 The outdoor rink at Nathan Phillips Square in downtown Toronto. (City of Toronto)

“Outdoor winter activity is important for physical health, but for us the social benefits are just as important. People get to have free access to a rink, skates are relatively cheap to buy or rent, and at the rink there are constant unpanicked convivial encounters between people across a range of social differences.”

Encounters between people of many backgrounds in public, non-commercial spaces are especially important in multicultural societies, he added.

“As cities become bigger, more diverse and increasingly dense, we need to work together to cultivate these sorts of ordinary spaces for everyday sociability between strangers.”

Read the commentary Drs. Horgan and Liinamaa recently prepared for the Conversation Canada for more on this research.