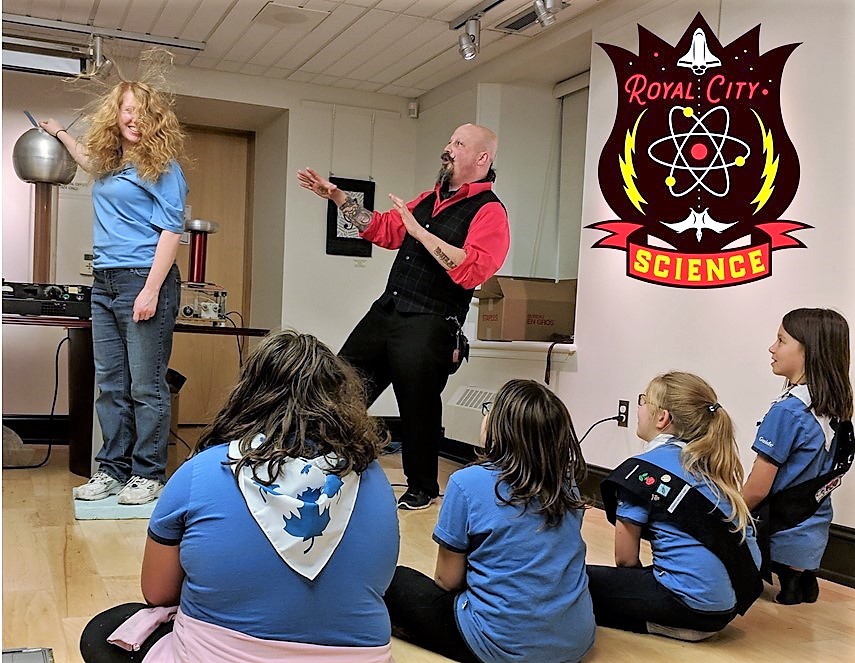 Orbax demonstrates a plasma ball during a science event.

If Guelph already has an art gallery and a performing arts centre, why doesn’t it have a science centre?

That’s what University of Guelph physics professor Joanne O’Meara and Orbax Thomas, education production specialist and sessional lecturer in the Department of Physics, wondered earlier this year. Now, along with dozens of members of the Guelph community, they have set out to build one.

“There is a huge appetite for fun and engaging science programming in this fantastic city, and it seems odd to me that this has been overlooked for so long,” said O’Meara.

With the help of the Canada Post Community Foundation, Royal City Science will launch first as an online hub providing virtual and accessible STEM education (science, technology, engineering and mathematics). The site will act as a portal for local science educators and STEM organizations to engage the curiosity of junior scientists with educational videos, online workshops, ideas for home- and outdoor-based experiments, as well as resources for educators.

“We have such a science- and STEM-excited community here and we wanted to have a way to connect them now while we develop plans for a bricks-and-mortar science centre that we hope will enhance STEM education in Guelph for years to come,” said Orbax.

While O’Meara and Orbax conceived the Royal City Science concept, they have since called in help from across the Guelph community, from local business leaders to education and entrepreneurship experts. 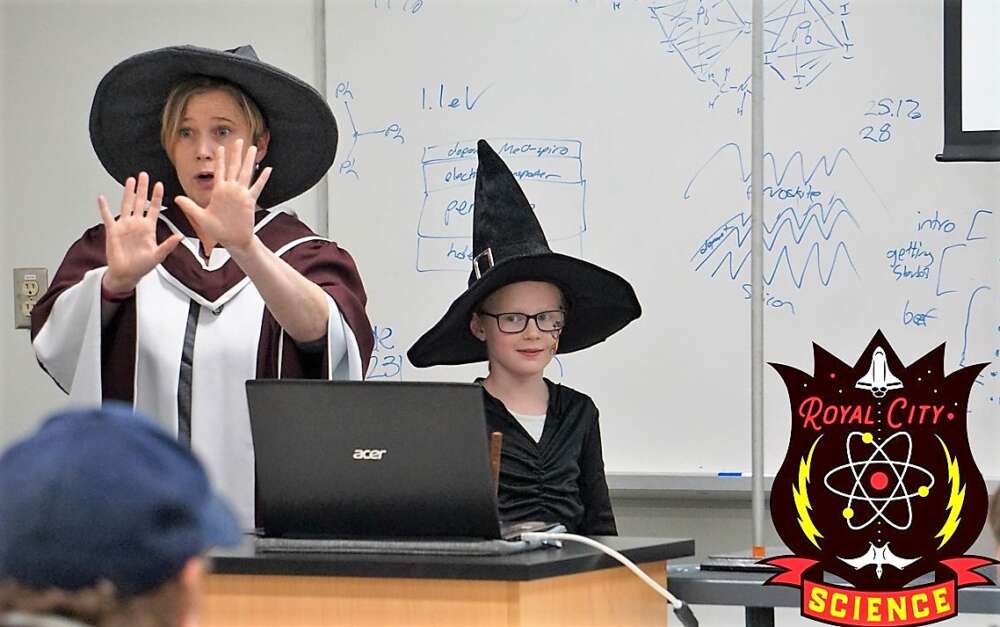 “Ultimately, we want to make something for the whole community, which is why we reached out to find those willing and able to help,” said O’Meara. “We don’t know how to do all of this, but there are people in our community who do.”

While other science centres exist in the region, Royal City Science will distinguish itself with a strong focus on natural science, given Guelph’s long reputation as an environmentally minded community.

“We’re both physicists but we want to take this beyond physics,” said Orbax. “We want people to get excited about all kinds of science to create a caring community that embraces science.”

And they add there’s plenty of room for science centres across the province.

“If we end up having a science centre in every city, isn’t that something we should shoot for?” said Orbax. “We have libraries in every city, so why not celebrate science the same way?”

A message from U of G president Charlotte Yates: [Transcript]