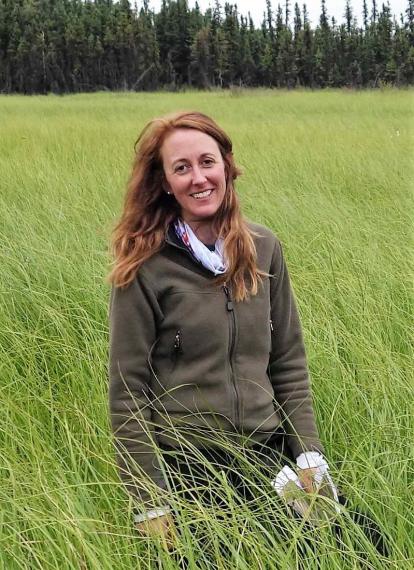 Prof. Merritt Turetsky, Department of Integrative Biology, spoke to the Washington Post about the recently released 2019 Arctic Report Card, a U.S. government assessment of climate change trends and impacts in the region.

(The article also appeared in the Edmonton Journal, Houston Chronicle and elsewhere.)

The report stated the Arctic is undergoing profound, rapid shifts that are causing the loss of vast amounts of ice and permafrost, leading to the region becoming a net source of greenhouse gas emissions.

Turetsky, who was not involved in drafting the Report Card, agreed with many of the report’s findings, saying recent research shows permafrost thaw, forest fires and increased rains are all leading to increased carbon releases.

“We know little about abrupt permafrost thaw,” Turetsky commented but she added that best estimates suggest they have the potential to cause extensive environmental damage.

Turetsky is one of Canada’s foremost experts on permafrost and recently penned a report that concluded that the melting of this ice in northern regions worldwide is beginning to have devastating consequences for global warming.

Turetsky is currently studying permafrost vulnerability to thawing in the Northwest Territories.