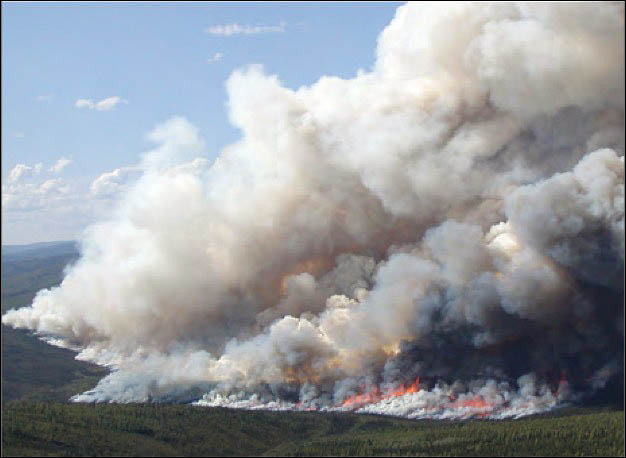 Carbon reservoirs in the soil of boreal forests are being released by more frequent and larger wildfires, according to a new study involving a University of Guelph researcher.

As wildfires continue to ravage northern areas across the globe, a research team investigated the impact of these extreme fires on previously intact carbon stores by studying the soil and vegetation of the boreal forest and how they changed after a record-setting fire season.

“Northern fires are happening more often, and their impacts are changing,” said U of G Prof. Merritt Turetsky, who holds the Canada Research Chair in Integrative Biology. She worked on the study with lead authors Xanthe Walker and Michelle Mack from the Center for Ecosystem Science and Society at Northern Arizona University (NAU), as well as a team of Canadian scientists including Wilfrid Laurier University professor Jennifer Baltzer.

The work was supported by NASA, the Natural Sciences and Engineering Research Council of Canada and the Government of the Northwest Territories.

The Canadian Press covered the research in an article that appeared in several publications, including The Globe and Mail and Global News. 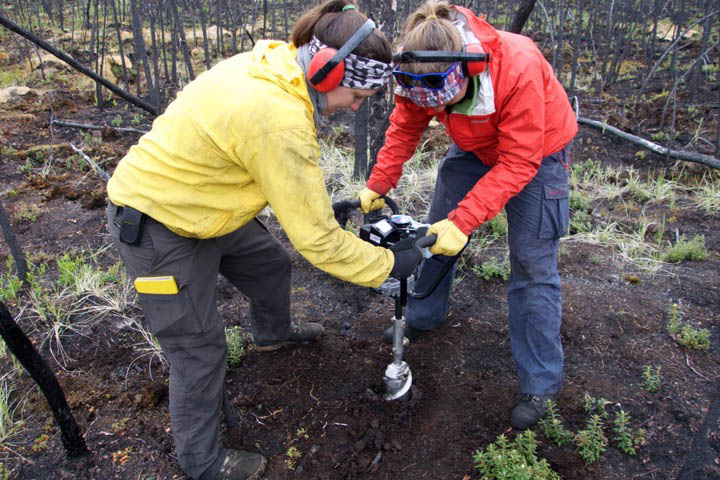 In 2014, the Northwest Territories suffered its largest fire season in recorded history. This series of mega-fires created the ideal environment to study whether carbon stores are being combusted by these types of fires.

“Between fires, boreal soils accumulate carbon, and in most cases only some of this carbon is released when the forests experience the next fire,” said Baltzer. “Over time, this explains why the boreal forest is a globally significant carbon sink. We wanted to see whether the extreme 2014 fires tapped into these old-legacy carbon layers or whether they were still preserved in the ground.”

For the study, published in the journal Nature, the research team collected soil samples from more than 200 forest and wetland plots across the territory. They applied a novel radiocarbon dating approach to estimate the age of the carbon in the samples.

“Carbon accumulates in these soils like tree rings, with the newest carbon at the surface and the oldest carbon at the bottom,” said Mack. “We thought we could use this layering to see how far back in time, in the history of the forest, fires were burning.” 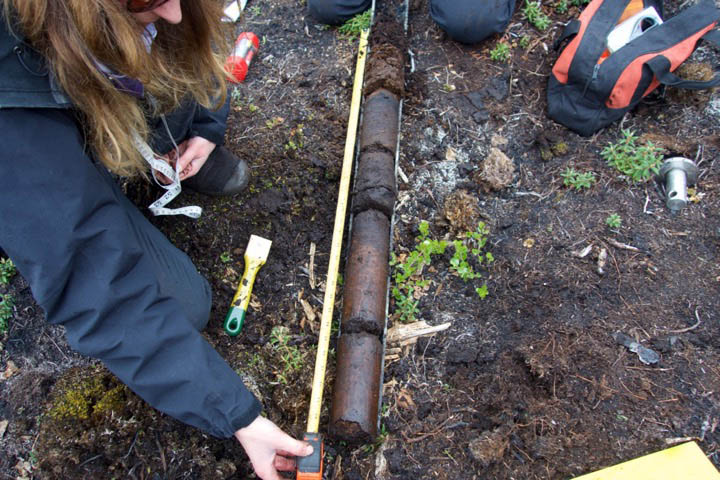 The researchers found combustion of legacy carbon in nearly half of the samples taken from young forests (less than 60 years old). This carbon had escaped burning during the previous fire cycle but not during the record-setting fire season of 2014.

“In older stands that burn, this carbon is protected by thick organic soils,” said NAU’s Walker. “But in younger stands that burn, the soil does not have time to re-accumulate after the previous fire, making legacy carbon vulnerable to burning. This pattern could shift boreal forests into a new domain of carbon cycling, where they become a carbon source instead of a sink.”

As wildfires are expected to occur more frequently and burn more intensely, old carbon may be released to the atmosphere more often.

“Understanding the fate of this stockpile of boreal carbon is really important in the context of atmosphere greenhouse gases and the Earth’s climate,” Turetsky said. “This is carbon the atmosphere lost hundreds or sometimes even thousands of years ago. Fire is one mechanism that can release that old carbon back to the atmosphere quickly where it can contribute to the greenhouse gas effect.”

She said the potential switch of the boreal forest from carbon storage to carbon source directly impacts global climate and is not well represented in global models. 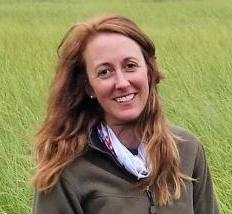 “In the context of territorial and pan-Canadian planning for climate change adaptation and mitigation, the Government of Northwest Territories recognizes the critical need to understand the role of our boreal forests in carbon storage, sequestration and release, and how our forest management practices can affect these processes,” said Erin Kelly, the territory’s assistant deputy minister of environment and natural resources.

Turetsky said this research is important both because of its scientific findings and because it involved stakeholders in tracking the effects of climate change in Canada.