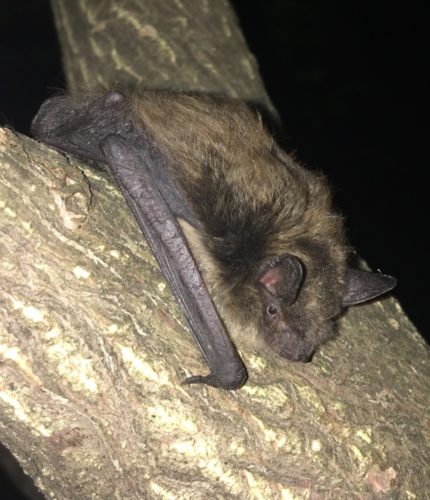 Little brown bats in Canada are already endangered by a devastating fungal disease.

Now a new study by University of Guelph biologists suggests that conservation efforts to rescue the creatures from the threat of extinction might be hindered by a bat cousin that has begun poaching their insect prey.

The study shows for the first time that big brown bats (Eptesicus fuscus) – a species generally immune to white-nose syndrome (WNS), which now threatens other kinds of bats across North America — have begun to encroach on the smaller species’ (Myotis lucifugus) buffet of bugs, including mosquitoes and many crop pests.

A skin infection, WNS swept through North America beginning in 2006 and has decimated several bat species, including the little brown bat.

“It has killed millions and millions of bats,” said lead author Derek Morningstar, who conducted the study while completing a master’s degree at U of G. “More than 90 per cent of little brown myotis have been wiped out in some parts of Ontario.”

These new findings suggest that recovery may be even more difficult for this species as it experiences increased competition from its larger counterparts.

Published in the journal Ecosphere, the study used DNA metabarcoding methods developed at U of G to study the insect diets of little brown bats and big brown bats in Ontario. 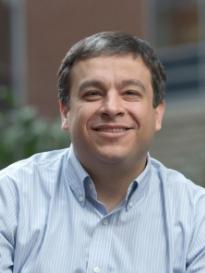 “This study is an excellent example of using cutting-edge DNA tools for conservation,” said integrative biology professor Mehrdad Hajibabaei, whose lab at U of G’s Centre for Biodiversity Genomics (CBG) conducted the DNA metabarcoding analysis.

The researchers also monitored bat ultrasound calls to track population changes of species before and after the introduction of WNS. 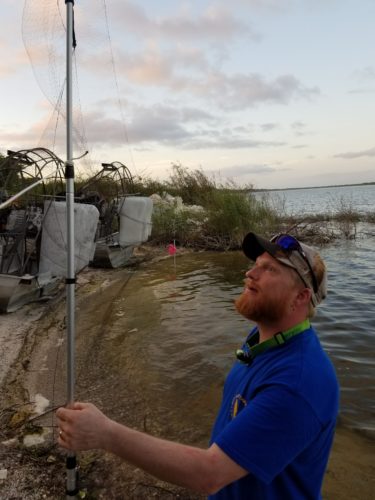 The team set up 13 monitoring sites in southern Ontario with microphones that captured several years’ worth of bat calls. A computer program was used to distinguish among species and to measure population changes.

Across all the stations, little brown bats’ activity declined from pre-WNS to post-WNS. In the same period, activity of big brown bats increased.

Analyzing the mix of insect DNA in bats’ excrement collected from roosting sites and stomach contents from carcasses submitted to the Canadian Wildlife Health Cooperative at U of G, the team found hundreds of insect species, including almost 37 insect pests.

The researchers discovered that since the disease caused significant bat declines in Ontario in 2012, big brown bats now eat more diverse kinds of insects and consume more of the same bugs as the endangered little brown bats.

“With less competition, the big brown bat has apparently widened its insect palate – a finding that may complicate efforts to rehabilitate the smaller mammal’s population,” said Morningstar. 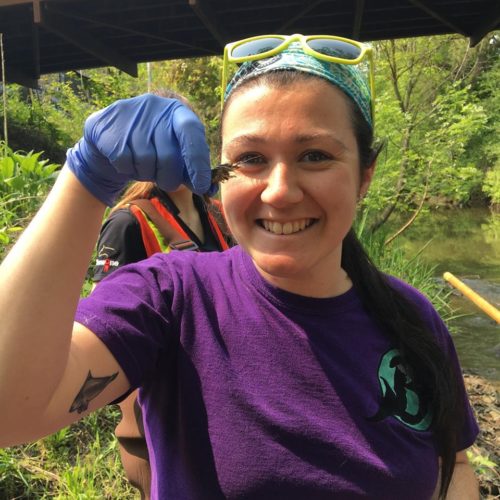 The big brown bat contracts the disease but appears resistant, perhaps because it maintains bigger fat stores on its 15- to 20-gram body. The little brown bat weighs on average about 8 grams.

Bats have few natural predators, so scientists can trace their decline to the disease. The infection disturbs bats’ normal winter hibernation, causing them to wake and attempt to forage. Using up their hibernation fat stores, the animals become emaciated and die.

As bats dine on anything from disease-carrying mosquitoes to crop pests, declining populations of the mammals may mean bad news for people.

Chloe Robinson, a study co-author and post-doctoral researcher in the CBG, said these declines are likely to impact local insect numbers, including mosquitoes.