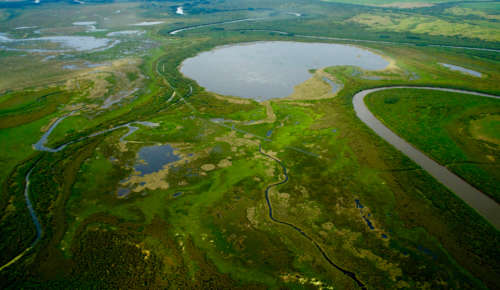 A section of the Peace-Athabasca Delta in northern Alberta

University of Guelph-developed DNA metabarcoding technology has been found to be more effective at monitoring biodiversity of ecosystems than traditional methods.

The science has been used in a study of the Peace-Athabasca Delta in northern Alberta, a vast ecosystem threatened by environmental pollutants from mining and hydroelectric projects.

One of the greatest challenges faced by environmental scientists and ecologists is accurately detecting changes in the biodiversity of natural ecosystems caused by human activity. The advent of new DNA-based biodiversity detection methods developed at U of G to address this challenge is highlighted in a new study, published in PNAS.

The study, led by U of G researchers as well as researchers from Environment and Climate Change Canada’s Water Science and Technology Directorate, focused on the large wetland complex in northern Alberta.

“For more than a decade, we have been working closely with scientists from Environment and Climate Change Canada to develop and apply high-throughput, DNA-based biodiversity analysis for monitoring key ecosystems across Canada,” said Prof. Mehrdad Hajibabaei, Department of Integrative Biology and a co-author of the study. “This study is a key contribution from this collaborative effort to bring cutting-edge genomics to ecological analyses.” 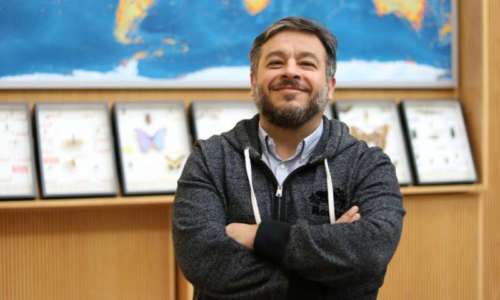 Between 2011 and 2016, aquatic macro-invertebrates were sampled across the Peace-Athabasca Delta using both traditional microscope-based identification and DNA metabarcoding, a method introduced by Hajibabaei in 2011. Metabarcoding allows the simultaneous identification of many species in a single environmental sample.

The study found that DNA metabarcoding identified a much broader range of biodiversity per sample than the traditional method, and detected significant responses to floods and variations in water temperature. Simulations used in the study demonstrated that metabarcoding was much more efficient at providing statistical evidence at a much broader scale.

Metabarcoding, he said, allows the processing of a large number of samples without the need to separate and sort tiny larvae. It uses sequences from the DNA barcoding gene to make species identification often at a better resolution than is achievable through examining organisms.

“Until now, our ability to make consistent and accurate identifications of the hundreds of species which comprise these hyper-diverse and dynamic communities has limited our ability to make broad statements about how resource developments are degrading critical goods and services needed by migratory birds and wildlife,” said Donald Baird, federal scientist with Environment and Climate Change Canada, and study co-author.

Hajibabaei said demonstrating that DNA metabarcoding is an effective tool in ecological analyses in ecosystems such as the Peace-Athabasca Delta is an important stepping stone to broader applications of this approach.

He is currently partnering with WWF-Canada, Living Lakes Canada, and Environment and Climate Change Canada to launch a DNA-based biomonitoring program to assess key Canadian watersheds. The program is called STREAM – Sequencing the Rivers for Environmental Assessment and Monitoring.