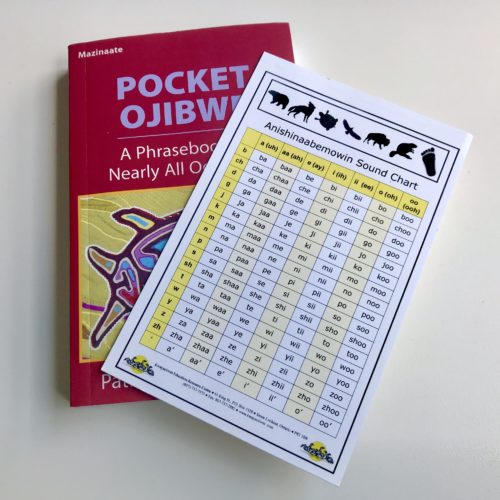 The University of Guelph will offer its first Indigenous language course in fall 2019. The announcement comes as Canada prepares to celebrate National Indigenous Peoples Day.

Students will learn the Ojibwa language, chosen because of its deep connection to the Guelph area and the Great Lakes region, said Charlotte Yates, vice-president (academic).

“As a leading Ontario university with a burgeoning focus on Indigenous learning, the time was right for the University of Guelph to begin offering Indigenous language instruction,” said Yates.

Once widely spoken in North America, Anishinaabemowin was among many Indigenous languages suppressed in Canada beginning in the mid-19th century.

Since that time, Indigenous peoples have been working to preserve their own languages; the Ojibwa language is the second-highest spoken Indigenous language in Canada.

U of G’s Ojibwa language course is a response to the Truth and Reconciliation Commission (TRC) of Canada’s calls to action, said Sandra Parmegiani, acting director of the School of Languages and Literatures (SOLAL).

The TRC report called for revitalizing and preserving Indigenous language and culture and for post-secondary institutions to create degree and diploma programs in Aboriginal languages.

“There is an ethical responsibility to do this,” said Parmegiani, adding that demand for instruction in languages like Ojibwa, Mohawk and Cree is growing.

Prof. Kim Anderson, an Indigenous scholar in the Department of Family Relations and Applied Nutrition, said, “Universities in Canada were built in Indigenous homelands, and there are original languages that belong to these lands.”

Anderson, who holds a Canada Research Chair in Indigenous Relationships, said she hopes to see language immersion opportunities that students, staff and faculty can take for credit.

“I think it’s important for all Canadian universities, at a minimum, to invest in teaching the languages that belong to the territories they now occupy,” said Anderson, who is Métis.

“For Indigenous peoples, these are also the languages that were beaten out of our families, and relearning them is a critical part of healing, recovery and Indigenous futurities.”

Many Indigenous peoples and communities are actively involved with the resurgence of their languages.

Prof. Brittany Luby in the Department of History, who is of mixed Anishinaabe descent, said the introduction of an Ojibwa course demonstrates U of G’s engagement with one of the TRC’s 94 calls to action, included with its report on Canada’s residential school system.

Ola Bergier, a U of G post-doctoral researcher studying Indigenous language revitalization in academia, added teaching Indigenous languages at a university helps raise the prestige of those languages, enhances Indigenous students cultural grounding and knowledge, and can help to “address the impacts of intergenerational trauma induced by colonization processes.”