Faculty, Students to Be Honoured at Summer Convocation 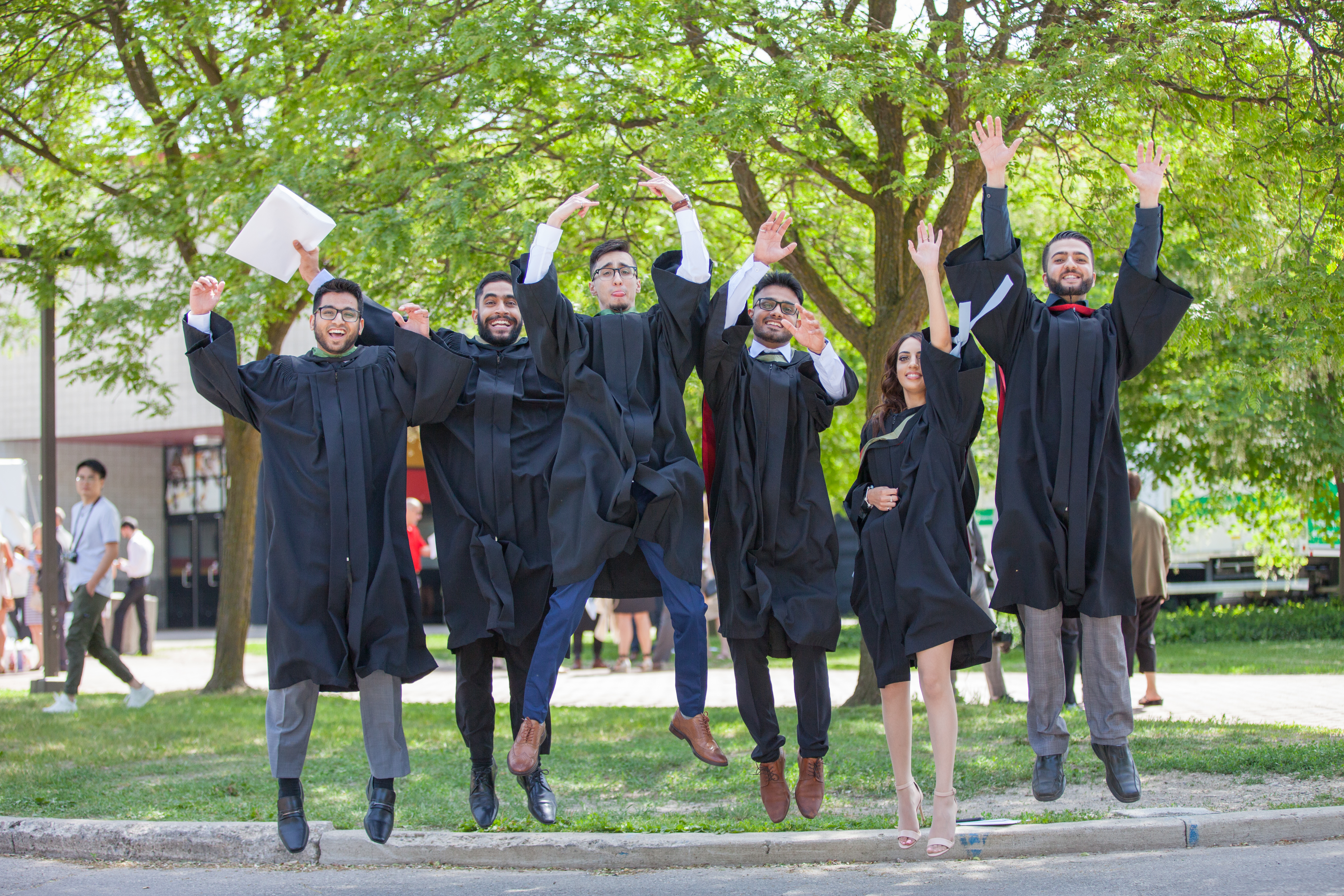 Several University of Guelph faculty members and students will be recognized for teaching, service and academic achievement during convocation ceremonies for almost 3,000 students June 11-13.

Martyn will receive the John Bell Award, named for a former classics professor and department chair at U of G to recognize outstanding contributions to university education.

Martyn became program head of the early childhood studies program at the University of Guelph-Humber in 2015.

During her tenure, the program intake has more than doubled, and graduates have been accepted into competitive programs and universities throughout Ontario. Martyn has served on U of G

committees, including working groups in experiential learning and high-impact practices.

Krell and Sullivan will receive Medals of Merit, given to retired professors who have made outstanding contributions to the University.

A microbiologist in the Department of Molecular and Cellular Biology, Krell has spent 36 years at U of G studying baculoviruses, or viruses that infect insects important in forestry and biotechnology.

In the Department of Plant Agriculture, Sullivan has taught and studied plant breeding and genetics and served as graduate program coordinator.

During his 32-year career at U of G, he became the one of the longest-serving faculty members of Senate. First elected in 1996, he also served on Board of Governors and chaired the Board of Graduate Studies.

He co-chaired the campus United Way campaign and has continued to contribute to the annual fundraiser, particularly through chameleon-like impersonations during the annual College Idol event.

The W.C. Winegard Medal, U of G’s top undergraduate convocation award, will be presented to Lauren Chan. Named for former U of G president William Winegard, this honour recognizes academic achievement and contributions to campus and community.

A top student in the real estate and housing program, Chan has received numerous honours, including a 3M National Student Fellowship and the Futures Fund Scholarship awarded by Canada’s Outstanding CEO of the Year Program for academic achievement and commitment to sustainability.

Among her volunteer commitments, she has worked with the World Health Organization, Universities Allied for Essential Medicines and People’s Health Movement to help ensure affordable essential medicines for people in developing countries.

Chan founded an outreach program at Toronto’s Hospital for Sick Children to promote science among at-risk youth and launched Hands Across the Water to raise money for kayaking lessons for children with disabilities.

The Forster Medal, U of G’s top convocation award for graduate students, will go to Andrea LaMarre and Andrew Nixon. Named for the late Donald Forster, a former U of G president, the medal recognizes academic achievement, leadership and citizenship.

She co-chaired the Wellington-Waterloo Eating Disorders Coalition and volunteered for the National Initiative on Eating Disorders, providing expert witness testimony to inform national health policy and improve access to care.

Following a post-doc with the Propel Centre for Population Health Impact in Waterloo, Ont., she will join the faculty of Massey University in New Zealand this year.

Nixon, a master’s student in management, was named among U of G’s inaugural Food from Thought research assistants and as an Arrell Food Institute Scholar.

He founded the United Nations Principles for Responsible Management Education Global Student Voices to integrate sustainability education into business schools and co-founded the Guelph Agri-Food Network as a hub for agri-food researchers across campus.

He also co-founded Zerocery, an online zero-waste grocery retailer, and was captain of varsity cross-country and track and field teams.

This year’s recipient of the Walter Vaughan Medal is Lindsey Fletcher. Named for a former secretary of Senate, the medal recognizes the contributions of a student member of Senate.

While majoring in criminal justice and public policy and completing a minor in family and child studies, Fletcher served on the University Board of Governors and Senate. She was co-chair of the Student Senate Caucus and president of the College of Social and Applied Human Sciences Student Alliance.

The Governor General’s Gold Medal for top graduate students will be given to Sean Liston, a doctoral candidate in the Department of Molecular and Cellular Biology, and Ari Mendell in biomedical science and neuroscience. Silver Medals for top undergraduate students will be awarded to biomedical science student Liana Iannucci and physics student Lia Formenti. Abigail Taylor at U of G’s Ridgetown Campus will receive the Governor General’s Bronze Medal for top marks among Ontario Agricultural College diploma students.