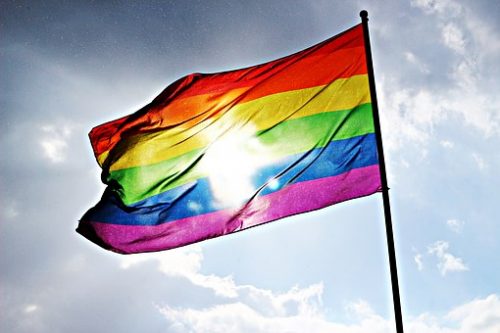 This article was originally published on The Conversation. Read the original article.

Have you heard of the anti-AIDS drug PrEP? Most straight people are unaware of it. In 2015, the World Health Organization said “the efficacy of oral PrEP has been shown in four randomized control trials and is high when the drug is used as directed.”

PrEP (pre-exposure prophylaxis) is a drug that allows you to have as much sex as you want, without a condom, and remain HIV-negative. If you use it, you probably won’t catch HIV. POZ magazine says that it has “100-per-cent efficacy for those who stick to the treatment.”

Doctors recommend everyone use condoms, because although PrEP is very effective as a protection against HIV, it does not guard against the transmission of other sexually transmitted diseases.

Recently, Patrick William Kelly — a gay academic from Northwestern University who is writing a “global history of AIDS” — sounded the alarm about PrEP. For many straight people, Kelly’s discussion of PrEP may be the first they have heard of this revolutionary drug.

Kelly’s concern is that the popularity of PrEP will cause gay men to stop using condoms. He worries:

“An entire generation of gay men has no memory or interest in the devastation [AIDS] wrought. AIDS catalyzed a culture of sexual health that has begun to disintegrate before our eyes. What is there to be done to bring it back?… The nonchalant dismissal of the condom today flies in the face of the very culture of sexual health that gay men and lesbians constructed in the 1980s.”

There is one sentiment that is missing from Kelly’s article. Why doesn’t he celebrate the fact that gay men — and everyone else — can now have sex without fear of death? PrEP makes sex safer for everyone. It is just one new tool in the “safe sex arsenal.” Why not be happy about the fact that PrEP will undoubtedly save many lives? 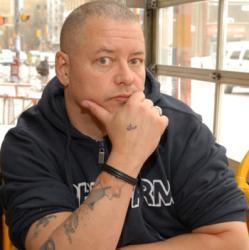 Not a lethal illness anymore

Some might ask — isn’t AIDS still a lethal illness? Not so much.

“The gold standard in HIV treatment” (highly active antiretroviral therapy or HAART) was first introduced at the 1996 Vancouver International AIDS Society (IAS) conference. According to Dr. Julio Montaner, director of the British Columbia Centre for Excellence in HIV/AIDS, “this was a pivotal moment, when HIV infection became a chronic, manageable condition.”

In 2014, The Globe and Mail reported that worldwide deaths from AIDS were massively decreasing:

This state of affairs seems particularly significant when one considers hysterical early predictions concerning the effects of the disease. In 1987, Oprah Winfrey stated confidently that “research studies now project that one in five — listen to me, hard to believe — one in five heterosexuals could be dead from AIDS at the end of the next three years.”

It is also due to the tireless efforts of gay men everywhere — many of whom became safe-sex activists during the last 35 years, distributing pamphlets, marching and just generally spreading the news.It’s absolutely true that AIDS affects different demographics, ethnicities and geographies differently, and that gay men are not the only population to be affected by it worldwide. But the improvement in the lives of HIV-positive people everywhere is only in part due to the tireless efforts of doctors, researchers and health-care workers.

So why would a gay professor characterize PrEP as a bad thing? Why is he worried that gay men — en masse — will suddenly start practising unsafe sex?

Kelly is the victim of another kind of infection — the notion that gay men are criminals whose desires must be controlled.

This criminalization of homosexuals goes back as far as the notion of sodomy. 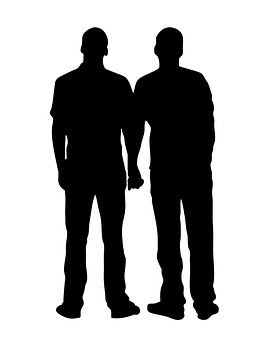 In the England of Henry VIII, the punishment for sodomy was death; India today is still struggling to legalize same-sex encounters.

In 1972, gay liberation theorist Guy Hocquenghem flatly stated in his book Homosexual Desire: “Homosexuality is first of all a criminal category.”

“Certainly as we shall see later, psychiatry tends to replace legal repression with the internalization of guilt. But the passage of sexual repression from the penal to the psychiatric stage has never actually brought about the disappearance of the penal aspect.”

Both the sexuality of gay men and the sexuality of women are a threat to the primacy of patriarchal male heterosexual desire. Heterosexist culture believes this threat must be controlled. The LaBouchere Amendment in England (1885) was used to incarcerate Oscar Wilde for his homosexuality as a crime of “gross indecency.”

But Labouchere was an amendment to legislation designed to control female prostitution — a law that angered many 19th-century trailblazing feminists.

When AIDS appeared in the early 1980s, some heterosexuals saw it as primarily a gay disease (AIDS was first called GRID — gay-related immune deficiency). They worried that gay men might infect straight people, especially children.

In his influential book of essays, Is the Rectum a Grave?, Leo Bersani suggests that when small-town Americans wanted to ban HIV-positive hemophiliac children in schools, what they actually feared was the spectre of “killer gay men” acting too much like women:

Women and gay men spread their legs with an unquenchable appetite for destruction. This is an image with extraordinary power; and if the good citizens of Arcadia, Florida, could chase from their midst a very law-abiding family, it is, I would suggest, because in looking at three hemophiliac children, they may have seen — that is unconsciously represented — the infinitely more seductive and intolerable image of a grown man, legs high in the air, unable to refuse the suicidal ecstasy of being a woman.

Our society seems addicted to the notion that homosexuality is something uncontrollable and potentially lethal. So when AIDS came along, as the long-time AIDS worker Simon Watney wrote, it was “effectively being used as a pretext throughout the West to justify calls for increased legislation and regulation of those who are considered to be socially unacceptable.” AIDS was not the first thing to make straight people think gay men had to be controlled. It simply fit like a glove on a fear of homosexuality that was already culturally endemic.

The concern over gay male imagined libidinal insanity is a throwback to an old trope. Gay men don’t need to be controlled; at least not any more than anyone else. And if you think otherwise? Well, it’s based on prejudice. Not fact.