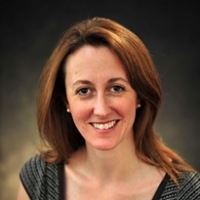 U of G’s Merritt Turetsky was featured in a Science magazine story on July 27 about a new public engagement program that helps scientists tackle global challenges.

The article said Turetsky — an ecosystem ecologist and professor in U of G’s Department of Integrative Biology — will work with the Royal Society of Canada to coordinate a series of public dialogues on climate change challenges facing residents of Canada’s Arctic.

The dialogues will create a forum for sharing ideas on complex issues and gaining mutual understanding about the challenges faced by Arctic communities, according to the article. Scientists, Indigenous community members and other members of the public will take part.

This Arctic focus recognizes Canada’s 2018 presidency of the G7, whose scientists have committed to sustainability of Arctic communities and have agreed to share research, open data-sharing platforms, and continue satellite monitoring of the Arctic, the article reports.

Turetsky examines permafrost deterioration and more common wildfires in the Canadian northwest, which threaten to increase the release of greenhouse gases. She studies soil and water quality and connections to the region’s food and water security.