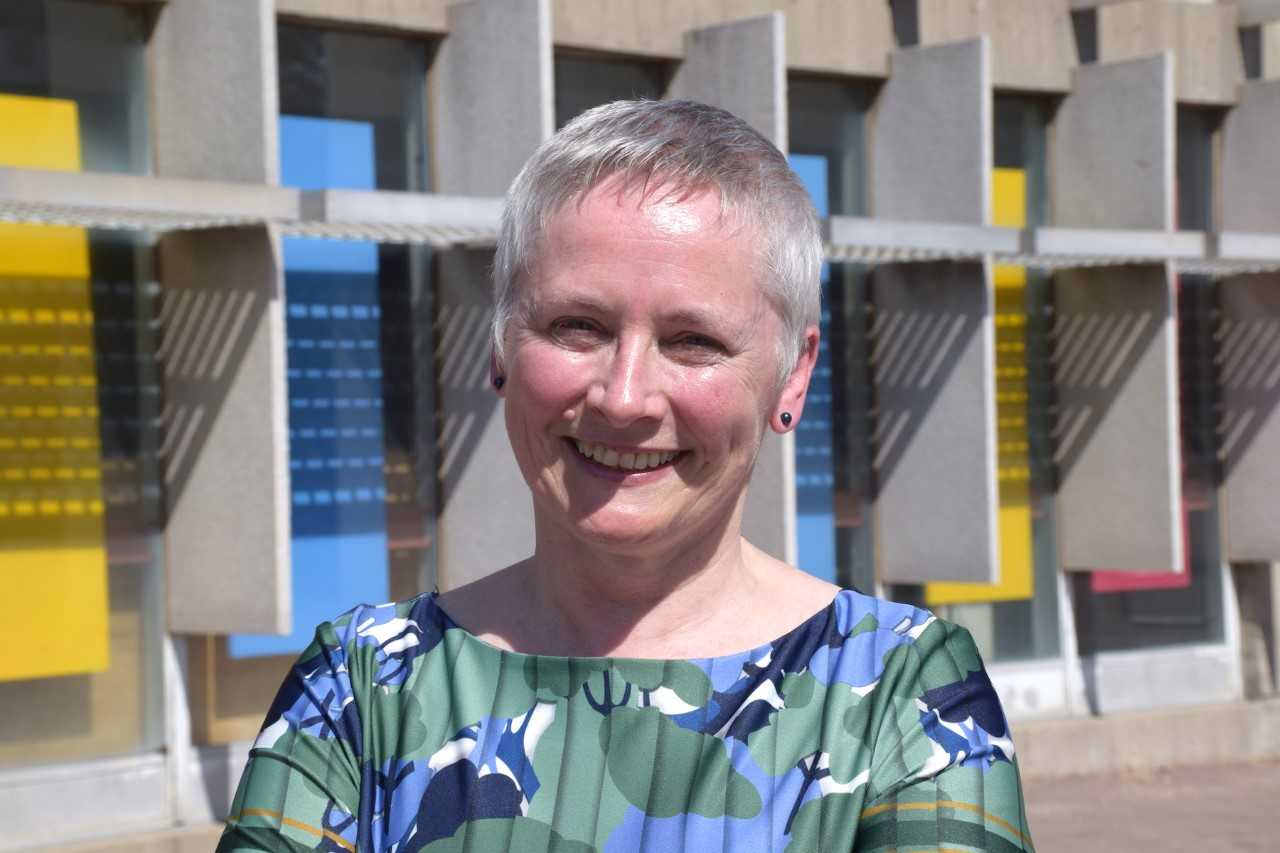 Uncovering the “hidden histories” of Indigenous vaudeville actors such as Princess Chinquilla is the goal of University of Guelph English professor Christine Bold, who was named today to receive a prestigious award from the Canada Council for the Arts.

A professor in the School of English and Theatre Studies (SETS) since 1989, Bold will receive a 2018 Killam Research Fellowship, one of six awarded to “Canada’s best scientists and scholars” this year.

The announcement made national headlines appearing on CBC News and in The Globe and Mail.

Her two-year, $140,000 award provides release time from teaching and administrative duties so that she can work full time on a research project that she says upends long-held notions of the role Native peoples played in the popular culture of the late 1800s and early 1900s.

“I am thrilled that the Canada Council of the Arts, through the Killam Fellowship, is investing in the recovery of these Indigenous performers, recognizing the importance of their stories, lives and careers to our understanding of who made popular culture and modernity,” Bold said.

She will also receive an Insight Grant this year from the Social Sciences and Humanities Research Council worth $90,000.

At the same time, vaudeville, the first global system of mass entertainment, had no room for Indigenous participants, on stage or in the audience – or so it seemed.

Bold has spent more than a decade unearthing the stories of about 150 little-known “vaudeville Indians”— that is, Indigenous and non-Indigenous actors in North America who “played Indian” on global circuits.

She will use the Killam award to complete a book called Indigenous Modernities: The Secret History of Vaudeville, 1880s-1930s.

Her project focuses on seven performing families, including members of Seneca, Mohawk, Penobscot, Cherokee and other Native nations. Those performers played on vaudeville and variety stages across North America, Europe and the Antipodes during the late 1800s and early 1900s.

Many of those acts played in virtuoso ways with prevailing stereotypes—all in the midst of genocidal policies and practices against Indigenous peoples, said Bold.

Having worked with numerous archives and digital databases in six countries – including U of G’s McLaughlin Library archives — she also plans to help “repatriate” artifacts and materials.

“These are not my stories,” said Bold. “I aim to return them to their home communities where possible. They’ve been separated by colonization.” As a non-Indigenous scholar, she is developing research relationships with Indigenous artists and scholars to guide the project’s principles, processes and outcomes.

She will also contribute materials to The People and the Text, an online collection dedicated to recovering, studying and recirculating Indigenous texts, led by Cree-Métis professor Deanna Reder at Simon Fraser University and part of the Canadian Writing Research Collaboratory led by SETS professor Susan Brown.

Bold’s current project began in the early 1980s when she was researching early popular western fiction for her PhD thesis at University College London.

She was examining the archives of American novelist Owen Wister at the Library of Congress in Washington, D.C., when she unearthed a 1904 letter to the author from Princess Chinquilla. She was born in about 1866 and identified as Southern Cheyenne.

When she wrote to Wister in 1904, she was living in New York City and was touring in a novelty act with “cowboy juggler” Ed Newell. She died in 1938. The note, handwritten on letterhead identifying Chinquilla as the “only United States reservation Indian in vaudeville,” invited Wister to write a play about her life and career.

That took some chutzpah, says Bold. Two years earlier, Wister had written The Virginian, today considered a classic of the western genre. He was a friend of president Theodore Roosevelt.

Working on other projects, Bold filed away the letter. “It niggled away at me for decades.”

In 2005, she shared the letter with the Turtle Gals Performance Ensemble in Toronto and Spiderwoman Theater in New York. As distinguished Indigenous artists whose family and performance lineages connect to the vaudeville moment, they introduced her to a historical community of popular Indigenous performers that had “largely gone under the scholarly radar,” she said.

“I’m no closer to knowing whether her claim to be a Southern Cheyenne is accurate – but I have begun to believe her.”