Editor’s Note: This article was originally published in The Conversation. It was also picked up by the National Post.

In the book The Golem: What You Should Know About Science, Harry Collins and Trevor Pinch claimed that citizens of technological societies needed to pay attention to controversial science. Collins and Pinch argued that scientific controversies exist when the criteria that impart “scientific competence” are publicly contested. As they saw it, when scientists critically and prominently question research results, or deride the quality of work done by others, science becomes politically consequential. Controversies tend to be exceptions, as Beth Savan, the inaugural sustainability director at the University of Toronto, underscored in her book Science Under Siege: The Myth of Objectivity in Scientific Research. But there are still good reasons to remember that scientists are human. The personal choices that researchers make, and their subjective interpretations of data, are never inconsequential. And we do not have to rely solely on critics of science to learn that politics often infuses scientific endeavours. As Ursula Franklin, the noted German Canadian metallurgist and physicist, detailed in the expansion of her 1989 Massey Lectures, The Real World of Technology, technology is anything but apolitical when viewed as a system. Even the classic text on innovation and development — Everett M. Rogers’ Diffusion of Innovations — stresses that some amount of persuasion is always necessary for people to form favourable or unfavourable attitudes toward particular innovations. 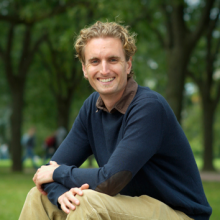 ‘Politics of persuasion’ in Africa

At present on the African continent, the politics of persuasion are especially consequential in the area of agri-food research and development. Today, many scientists and researchers, and many more politically concerned people with a stake in Africa’s food future, have mobilized those powers of persuasion. Some have come together with large agri-businesses to network and build coalitions in support of particular laboratory-based innovations, including biotechnology. Others, including agronomists, have built alliances with small farmers to raise awareness of certain field-based innovations and technologies, such as biological pesticides. The good news about all of the controversies that currently envelop food and agriculture in Africa is that they are happening prominently and in full public view. Debates over land “grabbing,” transgenic crop approvals and the implications of rapid dietary change have generated sustained attention. In this context, all of the new policy action related to scientific innovation and technological development can inform more inclusive and sustainable food futures. African scientists working on this topic, for their part, should be proud of just how far attention to African agricultural policy has come since the 1980s. Back then, in the wake of numerous structural adjustments — including liberalizations, privatizations and deregulation — food system innovation was a missing-in-action topic. Over the ensuing decades, agriculture fell off the policy agenda, and was not even the subject of a World Development Report until 2008. The political world in which African food system innovation is immersed has certainly changed for the better over the past 10 years. Akinwumi Adesina, the 2017 World Food Prize Laureate and president of the African Development Bank, has been credited for “galvanizing the political will to transform African agriculture.” Adesina donated his prize money in support of Africa’s young “agropreneurs.”

But noted political experts have continued to raise pointed questions about the continent’s food future pertaining to production processes, trade flows, sources of finance and, crucially, science and sustainability. The political fault lines are particularly stark when it comes to the latter topic: science that might enable Africa’s food and agricultural systems to thrive in the context of climate variability and change. So-called “climate-smart agriculture” (CSA) has become a new master concept in this policy area. And it remains a highly contested concept. That said, according to recent analyses published in The Journal of Peasant Studies, a leading journal in the field, there is at least some global agreement. In particular, experts generally view CSA as an effort to make agriculture more resilient to the effects of climate change. In turn, that helps reduce poverty, increases yields and cuts greenhouse gas emissions from farming.

While support for these causes is broadly shared, very few potential solutions enjoy the universal support of agricultural stakeholders. As such, the notion that CSA is an “apolitical” framework — an approach that is somehow divorced from the realm of political contestation and debate — is a non-starter. In fact, the idea that CSA is somehow above politics has been debunked at length in the pages of the same journal. Writing in the Ecologist magazine, noted food and sustainability experts, including Jennifer Clapp and Peter Newell, have recently asked if CSA will serve the public interest, or alternatively, bolster the profits of transnational agribusiness corporations. These scholars worry that solutions favouring transnational businesses and the expansion of industrial-scale agriculture tend to enjoy the most support in the biggest emerging CSA networks. For instance, they cite the challenges associated with water-efficient maize for Africa, and how this purported solution could make small farmers dependent on seeds company Monsanto. However, Clapp, Newell and their collaborators have also identified an alternative to the dominant perspective.

In their view, the global peasant movement La Via Campesina, non-governmental organizations such as Greenpeace and ActionAid International, as well as experts including the former UN Special Rapporteur on the Right to Food, Olivier De Schutter, are actively contesting industrial-scale models of “sustainable intensification.” These voices advocate green and inclusive farm-level interventions informed by ecological principles. They also support practices associated with agro-forestry and organic certification, and emphasize the need for more local control in support of sustainability. This emerging debate is of crucial importance for African scientists working hard to make the continent’s food future more sustainable. The scientific community must acknowledge that the power politics associated with this debate cannot simply be wished away. If Africans are swayed by “solutions” that reinforce the market and political power of organizations based elsewhere, Africa’s food futures might reflect the marginalization, dispossession and oppression of the past. In this context, young African scientists must be both open-minded to bold ideas, and attentive to the global power dynamics that infuse their areas of research, learning and discovery. They must also be cautious when using terms such as “productivity” and “efficiency.” Genuine climate-smart agriculture demands increased attentiveness to productivity over longer-term time periods, and to efficiency in relation to broader social and environmental criteria. As the globe grapples with agribusiness mega-mergers — the subject of a recent report of the International Panel of Experts on Sustainable Food Systems — there is nonetheless great hope that Africans can make tremendous scientific contributions to new CSA practices. There is already ample evidence that Africans are truly making their mark in this area. The bioRe Foundation in Tanzania, for example, has developed innovative CSA practices for cotton that sustainably and consistently diversify yields and promote soil health. And the successes associated with other on-field and lab-based African innovations are simply too numerous to recount here. A focus on the successes, and also the challenges linked with the technical, social, political and institutional environments necessary to support climate-smart agriculture, will be in the spotlight at the Next Einstein Forum Global Gathering 2018 in Kigali in March.