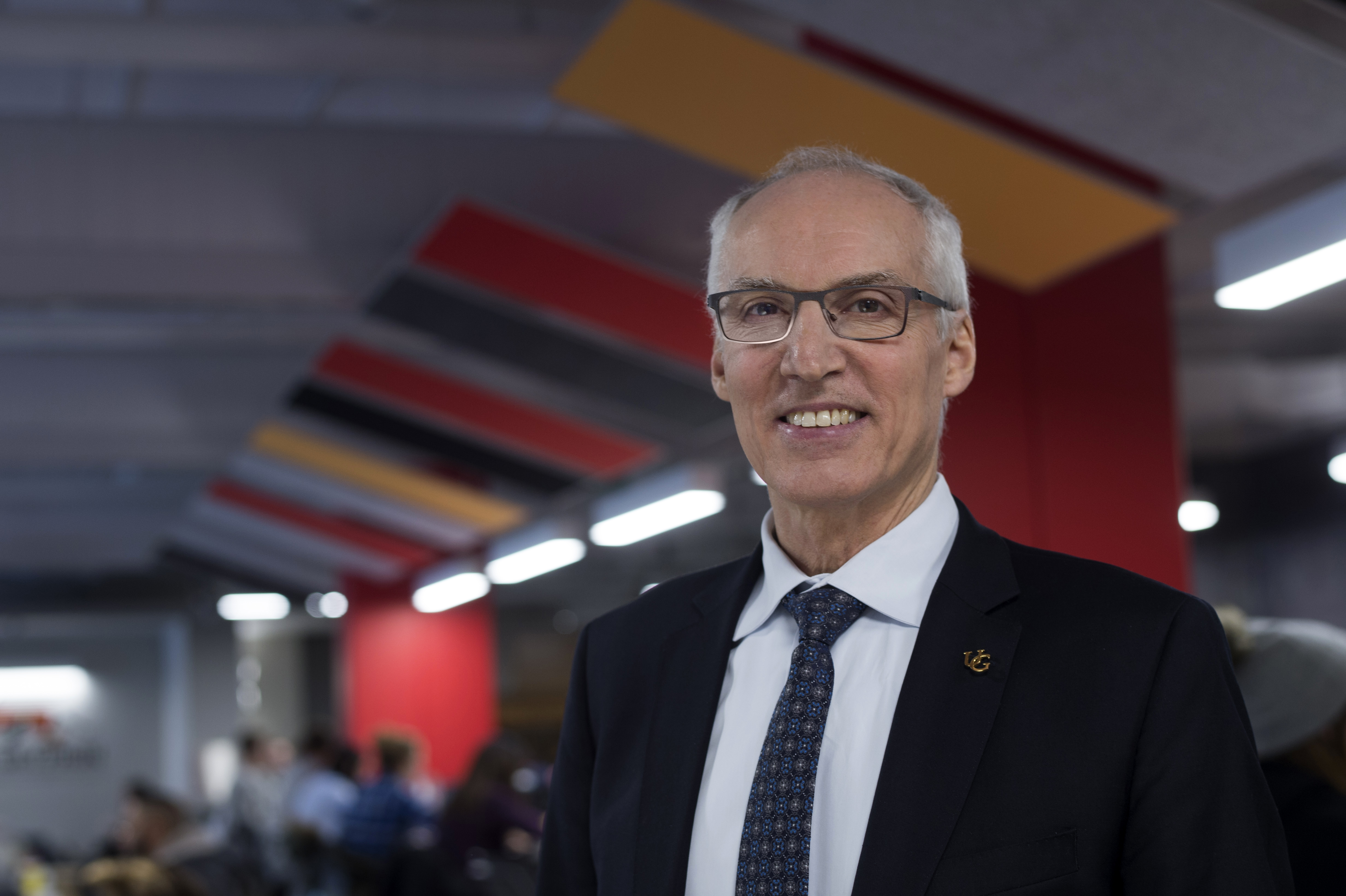 Franco Vaccarino has been reappointed as president of the University of Guelph.

Following a unanimous recommendation by a presidential review committee, the University’s Board of Governors made the decision this week, extending Vaccarino’s tenure until June 2024.

“President Vaccarino’s first term has been filled with many successes,” said Kevin Golding, B of G chair. “Under his leadership, the University has a renewed strategic focus that provides clear and positive direction for the future. U of G has also experienced an increase in large donations and research grants.”

Golding added that “there is enthusiasm among faculty, students and staff, as well as government and external stakeholders, for U of G and the role it can play in Canada and beyond in teaching, learning and innovation.”

First appointed to a five-year term in 2014, Vaccarino is U of G’s eighth president.

“I’m gratified to be able to continue promoting the important work being done at this world-class institution, including finding solutions to such key challenges as feeding our growing population in sustainable ways. Collectively, we have an opportunity to make a real difference for people here at home and abroad,” Vaccarino said.

Golding approached Vaccarino last September to ask whether he wished to be considered for reappointment.

A presidential review committee made up of board members, faculty, students and staff assessed his inaugural term in office, including seeking input from the U of G community on strategic renewal, research and innovation, and team building and leadership.

Community members praised Vaccarino for his aspirational leadership approach and energy, and his engagement with the U of G community as well as donors and University partners.

The presidential review committee commended Vaccarino for advancing teaching and research, including promoting U of G as Canada’s Food University and as one of the top comprehensive universities in the country. In 2016, U of G launched its Food From Thought project with a $77-million grant from the Canada First Research Excellence Fund; in 2017, U of G received $20 million – its single largest-ever donation — to establish the Arrell Food Institute.

The committee also mentioned Vaccarino’s plans to focus on student experiential learning and job readiness as well as his commitment to internationalism and partnerships – notably the University of Guelph-Humber – and to broadening U of G’s impact.

“The Board of Governors is confident in President Vaccarino and his vision for his second term,” Golding said. “He has a clear plan for aligning his vision with instructional priorities and initiatives, and understands the complexities of balancing current and future needs with University priorities.”

In accepting his reappointment, Vaccarino said he will continue to look for ways to build on U of G’s reputation for interdisciplinary approaches to research and teaching.

“Solving big, complex problems and innovating for the future in a big, ever-changing world calls for uniting diverse researchers under a common purpose and commitment to improving lives,” he said.

A widely published and internationally recognized researcher on the neurobiology of stress and motivation, Vaccarino has received major awards from leading research and scientific organizations. He is a Fellow of the Canadian Academy of Health Sciences, considered among the highest honours for health sciences researchers.

He holds a B.Sc. from the University of Toronto and an M.Sc. and a PhD in psychology from McGill University.