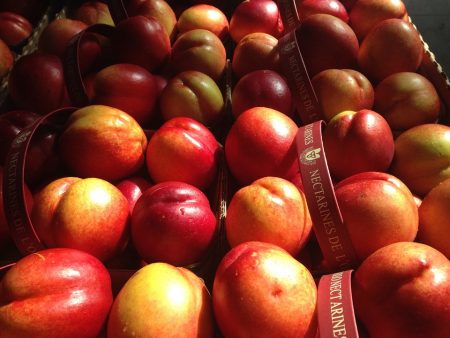 University of Guelph scientists have piggybacked on nature’s way to delay fruit ripening by inventing a preservative that increases shelf life and reduces produce spoilage.

Their research, published recently in two academic journals, may hold out huge economic benefits, especially in developing countries that depend on fruit production, said Gopinadhan Paliyath, a professor in U of G’s Department of Plant Agriculture.

“The greatest benefit is in the extension of shelf life and quality, the increased harvest window and the delay of spoilage due to pathogens,” Paliyath said.

Longer shelf life will increase fruit availability and consumption, and will ultimately boost the income of small farmers and ensure fair prices for their crops, said Paliyath. Being able to delay the sale of crops gives producers more bargaining power with buyers, he added.

Bibeau said that agriculture is a key sector in Canada’s Feminist International Assistance Policy, and that U of G has a role to play. She explained how hexanal helps keep fruit from turning soft and spoiling quickly, especially benefiting farmers in developing countries.

The first study, which appeared in Scientia Horticulturae, showed that applying EFF before harvest can delay softening and internal browning in nectarines by one week.

A second study in Postharvest Biology and Technology found that post-harvest treatment with EFF delayed ripening by up to three weeks and improved quality of greenhouse vegetables.

Hexanal has long been used in the flavour industry because of its fruity taste.

Earlier, Paliyath discovered that hexanal, which occurs naturally in most fruits and vegetables, inhibits an enzyme that hastens fruit ripening and deterioration. He said developing EFF has “made U of G a leader in the research and development of hexanal as a preservative.”

Previous EFF studies in Canada and elsewhere were supported by the International Development Research Centre and the Canadian International Food Security Research Fund.

Tests have included strawberries, mangoes and other fruits and vegetables in sites around the world.

“We had extensive trials in Canada, of course, as well as India through the Tamil Nadu Agricultural University and Punjab Agricultural University,” Paliyath said, adding that additional research was conducted in major fruit-growing regions in Sri Lanka, Kenya, Tanzania and Trinidad and Tobago. Trials are also under way in Guatemala.

The two new studies have attracted international attention, including from a company interested in marketing the formulation. Products are expected to be available within two years, pending production agreements and regulatory approvals.