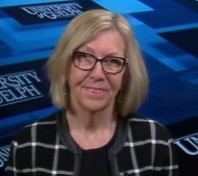 On Oct. 16, Yates was quoted in a National Post article on whether GM Canada will keep auto parts jobs in the country following a month-long strike. Yates discussed how the union’s bargaining position was affected by the possibility that the plant would be closed and its production moved abroad.

On Oct. 13, she did a live interview with CTV News Channel about U.S. president Donald Trump’s plans to present a hefty list of auto parts demands in NAFTA negotiations.

Yates studies labour relations and industrial policy, especially in the automotive industry, and is a frequent media commentator on labour issues.