U of G’s Earth Day Experts 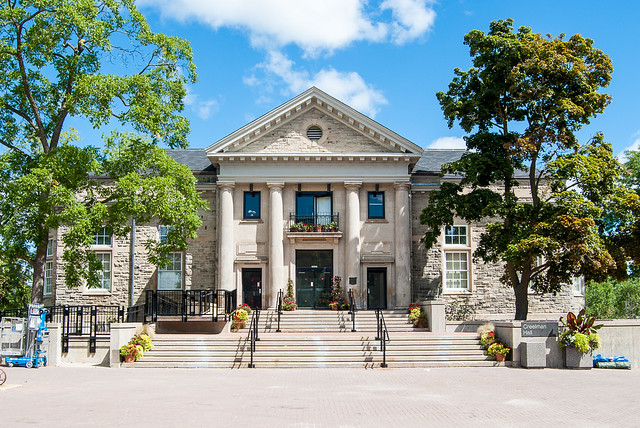 To recognize Earth Day on Monday, April 22, the University of Guelph has the following researchers working on protecting and preserving animal, plant and insect species.

They are available for media interviews.

Graham, who is in U of G’s Col. K.L. Campbell Centre for the Study of Animal Welfare, focuses on species conservation, including rhinos, elephants, polar bears, giraffes and tigers, through the study of reproductive physiology and endocrinology of wildlife.

Graham is an expert on the role of captive populations in zoos and other facilities as well as on conserving wildlife through research, education and captive breeding for reintroduction. She has worked with national parks in Africa on elephant and rhino conservation efforts. She has recently studied endangered Vancouver Island marmots as well as the impact of climate change on polar bears. She has also studied the biology of other endangered species, using their feces and urine to detect stress and reproductive hormones with the aim of facilitating breeding programs.

Recently, Graham spoke out against the ban on whale and dolphin captivity in Canada. She argues it would be more valuable to recommend better regulations rather than ban captivity altogether, given that captivity is an effective way of researching and developing methods to increase the populations of endangered species.

Raine is the inaugural holder of the Rebanks Family Chair in Pollinator Conservation, the first research chair of its kind in Canada.  He and his research team study the behaviour and conservation of pollinators, particularly wild bees, and the impacts of environmental stressors such as pesticides on pollinator health.

He and his team have found that more pesticide risk assessments and pesticide regulations would protect not just honeybees but other pollinator species, including bumblebees and ground nesting bees. His team recently discovered that bumblebee queens exposed to the pesticide thiamethoxam have significantly reduced chances of starting a new colony.

Norris is an ecologist interested in the behaviour and conservation of migratory animals, birds and insects. His research seeks to understand how habitat quality influences the abundance of migratory species.

Norris found that climate change is causing monarch butterflies to fly farther north to look for the ideal climate, moving into areas where milkweed — a plant that they rely on for food and reproduction — does not grow. Most recently, he published research showing that the tiny blackpoll warbler songbird migrates as far as 20,000 kilometres each year. Determining the pathways of migratory birds and their pit stops can help in conservation efforts.

Steinke has long been interested in marine life and has been part of initiatives to barcode all fish and marine animal species around the world. Recently, he has focused on sharks, which play a vital role in maintaining healthy oceans but are among the most threatened wildlife worldwide, often killed for their fins.

He has shown that at least half of the dried shark fins and manta ray gills available in stores selling traditional medicine products come from species of conservation concern. His team conducted that research using DNA barcoding technology to analyze dried fins and identify their species.

McLaughlin studies biodiversity in fish species. Recently, he has examined how to trap and control sea lampreys, an invasive species that has found its way into the Great Lakes and is killing vast numbers of fish every year. He has studied how individual differences in lamprey behaviour can affect how easily they are trapped.

He has also studied brook charr (also called brook trout) and found that much of their behaviour is not consistent as a species but differs by individual.

Prosser has studied the effect of pesticides on aquatic systems Specifically, he has led several research projects investigating the effect of chemical stressors on threatened and endangered freshwater mussel species in Canada.

Southern Ontario has the greatest diversity of freshwater mussels in Canada, and North America itself has more mussel species than anywhere else in the world. However, most of them are either threatened or endangered. Ryan is looking at the impact that humans have on freshwater mussels, how we can preserve current populations and how we can help them flourish.

Saxena is the director of the Gosling Research Institute for Plant Preservation (GRIPP) at U of G. The institute focuses on preventing the loss of plant biodiversity.

His lab uses cloning, cryogenics and other technologies to preserve trees that are at risk from disease, climate change or other threats, and then uses micropropagation to grow entire individual trees using a small amount of tissue.  Micropropagation enable simpler multiplication of disease-free plant material that can be achieved much faster than with traditional methods.

Noella Gray (protection of aquatic life)
Department of Geography
Email: grayn@uoguelph.ca
Phone: 519-824-4120 Ext. 58155
Gray examines marine conservation policy as part of her political ecology work, exploring how decisions are made about access to protected areas is defined, how science informs these decisions, and who benefits or loses as a result.

She has studied ecotourism, international agreements such as the Convention on Biological Diversity, and marine protected areas in Kiribati and Belize, looking at the complex social and economic consequences they create for the coastal communities that depend on marine resources.

She and her team are working to create a complete DNA barcode library for more than 5,000 of Canada’s “vascular plants,” including rare and protected ferns, conifers, and flowering plants.

Her area of interests include developing protocols for plant DNA barcoding, curating reference DNA sequencing libraries, as well as forensic and ecological applications of DNA barcoding.

Anand is the director of U of G’s Global Ecological Change and Sustainability Lab and focuses on protecting ecosystems from human-mediated changes, conserving biodiversity heritage while also sustaining global economies.

She has been doing research in Ontario’s Wolf Lake Forest Reserve, which is the largest, intact, old-growth red pine forest in the world. Her research has found that old-growth forests, and this stand in particular, have ecological value not available from younger forests or smaller stands, and allowing industrial extraction in the reserve would significantly threaten biodiversity in Canada.

She is also working on one of the most endangered ecosystems in the world — the Araucaria-dominated Atlantic rainforests of Brazil — which are threatened by land-use changes, such as agriculture and plantations.

For other U of G experts and latest news releases: news.uoguelph.ca.
For all our latest news, follow us on Twitter: @UofGuelphNews