University of Guelph creative writing professor Lawrence Hill, an internationally recognized author, was announced today as a winner of the 2017 Canada Council for the Arts Molson Prizes. 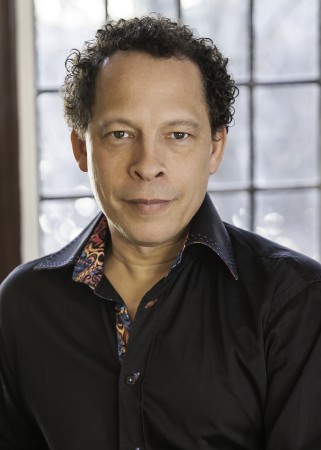 The Canada Council for the Arts awards annual prizes worth $50,000 each to distinguished Canadians, one in the arts and one in the social sciences and humanities. Hill, the author of 10 books, including The Illegal and The Book of Negroes, was selected in the arts category.

Hill, who joined U of G in 2016, has won numerous other awards, including the Commonwealth Writers’ Prize and the Rogers Writers’ Trust Fiction Prize. He has been selected twice for CBC Radio’s Canada Reads.

“The Molson Prize will serve as great encouragement and inspiration as I continue in my role as professor of creative writing at the University of Guelph. It will also help me focus on researching and writing a new novel about the thousands of African-American soldiers who came up from the Deep South to build the Alaska Highway through northern BC and the Yukon during World War II.”

Hill, the son of American immigrants active in the civil rights movement, often writes on identity and belonging.

He credits his parents, Donna and Daniel, for encouraging his childhood reading and writing.

“One thing I’ve learned is to write my first drafts as quickly as possible, to silence the inner critic and to allow for natural and unexpected explosions on the page,” he said on the awards page.

Hill brings a dynamic energy and creativity to his work with U of G students, said Charlotte Yates, provost and vice-president (academic).

“Lawrence is a passionate writer who embraces difficult topics and finds a way to connect with his audiences, bringing his characters to life and showcasing their challenges and stories in a way that engages the public,” said Yates.

“He is a tremendous talent who offers a diverse and unique perspective to our students. We are proud to have him as a member of our faculty.”

Funded by a $1-million endowment to the Canada Council for the Arts from the Molson Family Foundation, the Molson Prizes encourage contributions to Canada’s cultural and intellectual heritage.

The Canada Council administers the awards along with the Social Sciences and Humanities Research Council.