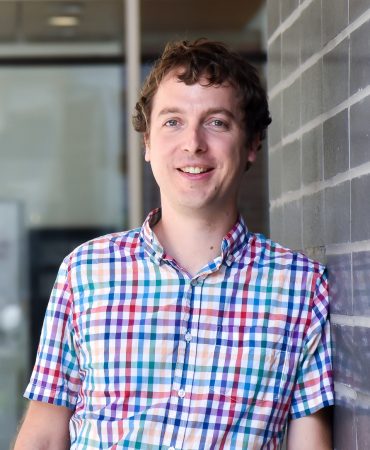 A University of Guelph professor is part of an artificial intelligence (AI) “start-up factory” that recently received more than $5 million in support from some of Canada’s largest corporations.

Graham Taylor, School of Engineering, is the academic director for NextAI, which aims to make Canada a global hub for research and innovation in AI, leveraging key technologies such as machine learning and deep learning.

The program, which begins today, invited team funding applications from graduate and undergraduate programs at Canadian and international universities, as well as industry professionals. Applications were received from more than 20 countries including Ecuador, Germany, India, Israel, Italy, Mexico, Scotland and the United States. About 20 teams were selected for this year’s cohort.

Successful teams receive up to $200,000 in seed financing to develop AI technologies, and get access to technology platforms and organizational experts from companies including Google, Microsoft and IBM.

They’ll work on projects from February until September, culminating in an AI “demo day.”

Teams will receive mentoring and instruction from Taylor as well as professors from the University of Toronto, Georgetown University, Massachusetts Institute of Technology, New York University and Harvard University.

Companies including the Royal Bank of Canada, Magna International Inc., Bank of Nova Scotia and the Business Development Bank of Canada’s investment arm, BDC Capital, announced this week they will contribute more than $5 million.

NextAI also has technology sponsorships with IBM Canada, Google and NVIDIA, which have committed millions of dollars’ worth of hardware, access to technology and services.

“We will have the brightest minds from around the world creating industry-leading AI technology in Canada,” Taylor said.

NextAI was created by NEXT Canada, a national non-profit agency focused on increasing national prosperity through entrepreneurship.

Taylor said Canada has been at the forefront of AI research for decades, and NextAI will help “cement” that leadership position.

An expert in machine learning and high-performance computing, Taylor aims to help machines build accurate representations of what they “see” and to make sense of images much as humans learn about their surroundings.

He works with musicians, computer scientists, engineers, plant and environmental scientists, and neuroscientists.

Taylor has helped develop a prototype for “smart” insect traps that identify pests, avoiding any need to send samples to experts. He is working on smart unmanned aerial vehicles for farm surveillance.

He has international research collaborators and is involved in multimillion-dollar projects backed by federal agencies.