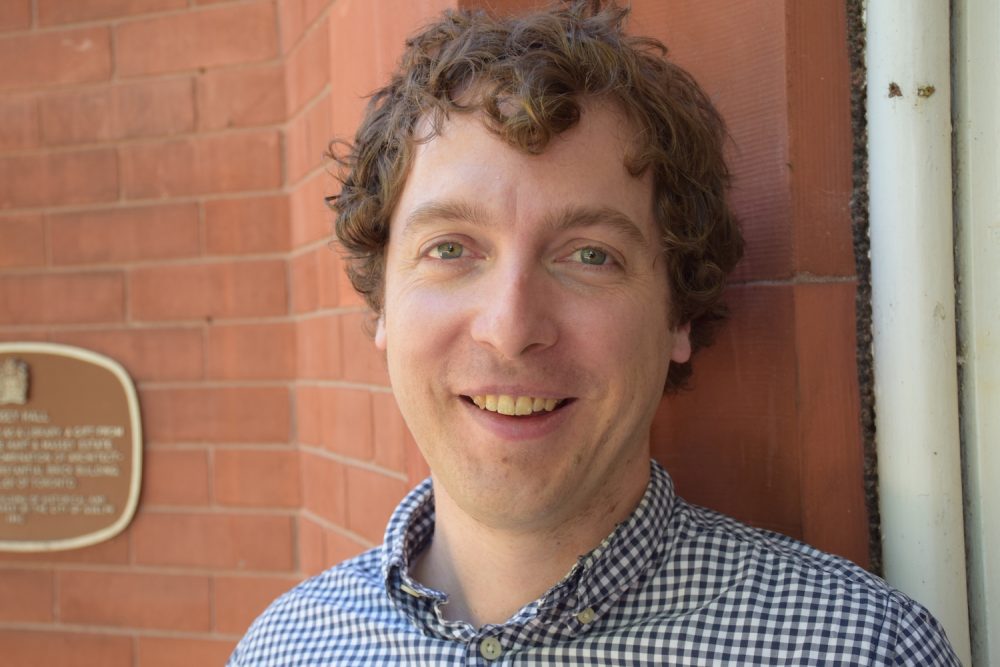 Launching new artificial intelligence (AI) research projects and providing opportunities for promising students at the University of Guelph will be the main benefits of a new national honour for engineering professor Graham Taylor.

The machine learning expert in the School of Engineering was named among Canada’s Top 40 Under 40 for 2018, it was announced today.

The winners will be honoured during an event in Toronto in November.

Taylor said the award will further raise U of G’s profile among potential research partners and prospective undergrad and graduate students eager to enter the fast-growing AI field.

“It opens opportunities for grad students and could lead to more research collaborations and funding to keep the state-of-the-art equipment and facilities here top-notch,” said Taylor, who last month was awarded a new Canada Research Chair in Machine Learning Systems.

“Having Guelph faculty being recognized by these awards is a really effective recruiting tool.”

Taylor studies machine learning, which AI researchers believe will enable computers and robots to think and act more like humans.

He aims to improve machine vision systems in consumer devices such as home security systems. Earlier this month in California, he discussed potential machine learning applications while visiting Amazon labs that make consumer electronics such as e-readers and voice-activated speakers.

Taylor says the 40 Under 40 award will enable him to extend outreach projects he’s pursued since being named in 2016 as an Azrieli Global Scholar with the international Learning in Machines and Brains program of the Canadian Institute for Advanced Research.

For example, he took part in a study of automation impacts on Ontario’s workforce released this past spring by the Brookfield Institute for Innovation and Entrepreneurship in Toronto.

“There are concerns about how technology will be used and deployed, and who will reap the rewards,” he said.

He said that in anything from autonomous cars to restaurant ordering systems, machine brains need to learn and explore the world safely and based on human values.