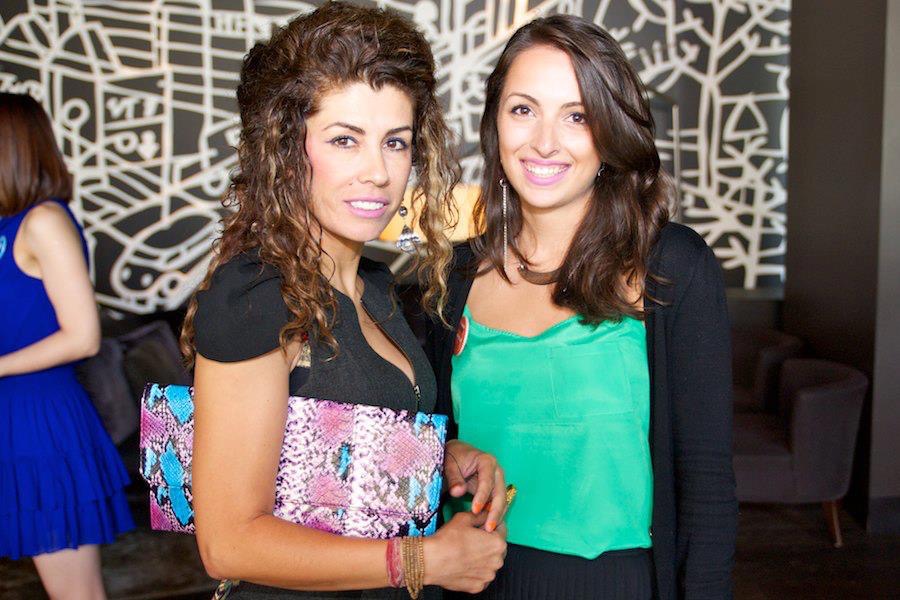 U of G professor Saba Safdar (left) and her daughter, Newsha Ghaeli

When University of Guelph psychology professor Saba Safdar sees refugees fleeing war to come to a safe land, she contrasts their experiences with her own.

When the Iranian-born academic hears about a travel ban that targets Iran and six other countries, she can see how her own daughter, raised in Canada but living in the U.S., gets defensive about her heritage.

And when she looks at her research into helping immigrants and refugees adapt, Safdar can see steps the average Canadian can take to turn a negative situation into a positive one.

Safdar came to Canada in the 1980s as a student looking to leave behind the bombardment her country was facing during the Iraq-Iran war. She sees obvious similarities, but also stark differences, between her situation and the one facing some of today’s refugees.

“I had started to look to move because of the bombing by Iraqi forces; I wanted to be somewhere more secure to have my baby grow up safe, so even though I came as an immigrant and as a student, I understand the motivation to flee war,” she said.

“Eight months after my daughter was born, we moved to Canada, leaving our relatives behind. People who are refugees don’t necessary want to leave, giving up everything including families, wealth and occupations. Some leave out of desperation. Some hope to go back. Most want a better and safer life.” 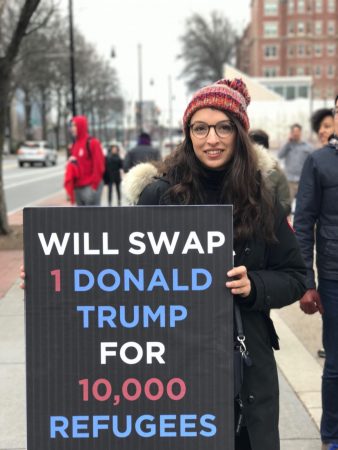 Ghaeli at a Boston protest against the travel ban

Safdar was in Norway at a conference when she first heard about the ban on visitors from seven Muslim-majority countries ordered by U.S. president Donald Trump.

Her first thought was for her Iranian-born daughter Newsha Ghaeli, age 28, who has pursued a fellowship at the Massachusetts Institute of Technology for the last two years.

“She’s lived in Canada since she was eight months old and is a Canadian citizen, so she should be safe, but we were concerned if she left the U.S. and tried to return, since the situation is so fluid,” Safdar said.

The ban was struck down by U.S. courts, although Trump has vowed to appeal or write a new executive order.

“The strange thing is that Newsha is what you might call ‘very Canadian,’ speaking English and French, and understanding but not speaking Persian. The last time she visited Iran, she was five years old. And yet, now she is starting to identify more with her Iranian heritage. She attended a Boston protest against the ban. It’s a reaction to collective discrimination.”

Such wide-ranging bans can have an adverse effect on young people, especially second-generation immigrants, Safdar said.

“When people’s sense of security is undermined, they are more likely to reject the dominant culture. Part of the radicalization of second-generation refugees and immigrants that we see in Europe is a reflection of people living in a society that they feel systematically segregates them.”

Safdar is among a group of psychologists who have written an open letter against the ban.

She is also one of a growing number of researchers who are boycotting conferences in the U.S., and has withdrawn from a conference in New York City this summer where she was invited to take part in two symposia.

“This is like apartheid in South Africa, so we need to show our concern for this issue and the negative consequences. This can include boycotting travel in the U.S., writing letters urging politicians to make evidence-based policies or even just making a new refugee feel welcome,” she said.

“Even before Trump, people were scared and angry about their country, and looking for someone to scapegoat. It’s easy to blame people you don’t really know well and who are different from you. When we help them, we are helping our country. Getting to know them and understanding them reduces our fear, which makes our country stronger and safer.”