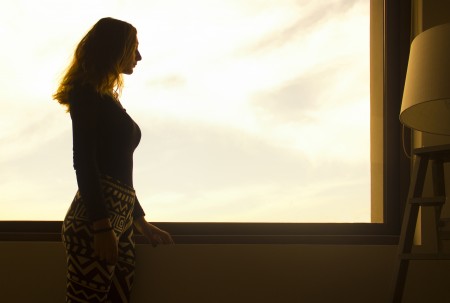 One in five people who have HIV in Canada don’t know about their infection, and those who do may be reluctant to share their diagnoses because of the stigma that still exists.

Sociology and anthropology professor Linda Hunter examined 25 years’ worth of HIV awareness posters aimed at women in a paper she co-authored with U of G undergraduate student Emerson LaCroix. The paper will be published in the Canadian Journal of Human Sexuality later this month.

Hunter looked at posters from 1990 to 2015 and found that poster campaigns generally reinforce stigma rather than promote communication.

Women account for about one-quarter of the 75,000 adults living with HIV in Canada. According to the World Health Organization, 36.7 million people around the world were living with HIV at the end of 2015. December 1 marks World AIDS Day to raise awareness about the disease.

Hunter’s study found that early posters reinforced the stigma around HIV by citing examples of how women with HIV were treated differently and were portrayed as being isolated. One poster produced by the Canadian Public Health Association in 2003 read: “Because of HIV, Sara’s friends don’t talk to her anymore. Don’t add to her isolation.”

“Although the intention of these earlier campaigns was to reduce discrimination and isolation experienced by HIV-positive women, they reinforced this very discrimination,” says Hunter.

Another poster, produced in 2004, depicted a woman isolated from her peers with text stating that since her diagnosis, no one wanted to share anything with her, “not even the bathroom.” This type of fear-based messaging can lead to misinformation, stereotyping and stigma, says Hunter. A more effective approach, she adds, would be to portray HIV-positive women surrounded by friends and family, rather than reinforce fear and stigma by representing them as isolated individuals.

Hunter says poster campaigns began to address the topic of stigma in the 1990s, when medical treatments, including anti-retroviral therapies, became available to people living with HIV.

But she also found the stigma persists in today’s posters. She points to a recent campaign by the Canadian AIDS Society in 2015 called HIVAnonymous. The word “anonymous” further stigmatizes people living with HIV, she says, as does the use of a faceless silhouette that resembles those found on social media profiles. The poster’s underlying message, says Hunter, “reinforces the isolation that individuals can experience, and it further reinforces the impression that HIV-positive people may not be comfortable in speaking out and challenging the stigma they experience.”

Although Hunter found that poster campaigns tend to reinforce stigma rather than promote communication, there is an exception to this trend. A 2013 anti-stigma poster campaign from Montreal features HIV-positive individuals talking about their lives and their contributions to their communities. The poster states, “It’s HIV that needs to be excluded, not the people living with it.” (COCQ-SIDA, 2013) These posters “act as a platform for connecting viewers with social media information and online anti-stigma campaigns,” says Hunter.

She also recommends other strategies to dispel HIV stigma, including eliminating stereotypes and misinformation; promoting open dialogue about HIV; putting a human face on the virus; and demonstrating that people with HIV are not solely defined by their diagnosis. Images and slogans that reduce stigma and present information about support services are also important.

Reducing the stigma can also help women feel more comfortable about seeking health care and talking about issues regarding sexuality, pregnancy and childcare with health-care providers, who may also be influenced by the stigma. Many women with HIV avoid accessing health services and support programs due to fear of judgment by health-care providers.

“HIV-positive women often experience negative reactions in accessing health services, including observing physicians and nurses taking extra measures beyond what would normally be required to prevent disease transmission,” says Hunter. “An effective awareness poster could address these important interactions by depicting an HIV-positive woman communicating in a positive and comfortable manner with a health-care provider.”

She adds that HIV organizations and agencies play an important role in reducing stigma and discrimination to help women overcome barriers to health care. “Poster campaigns have the potential to educate people about HIV, promote communication around safer practices and reduce the stigma associated with HIV.”