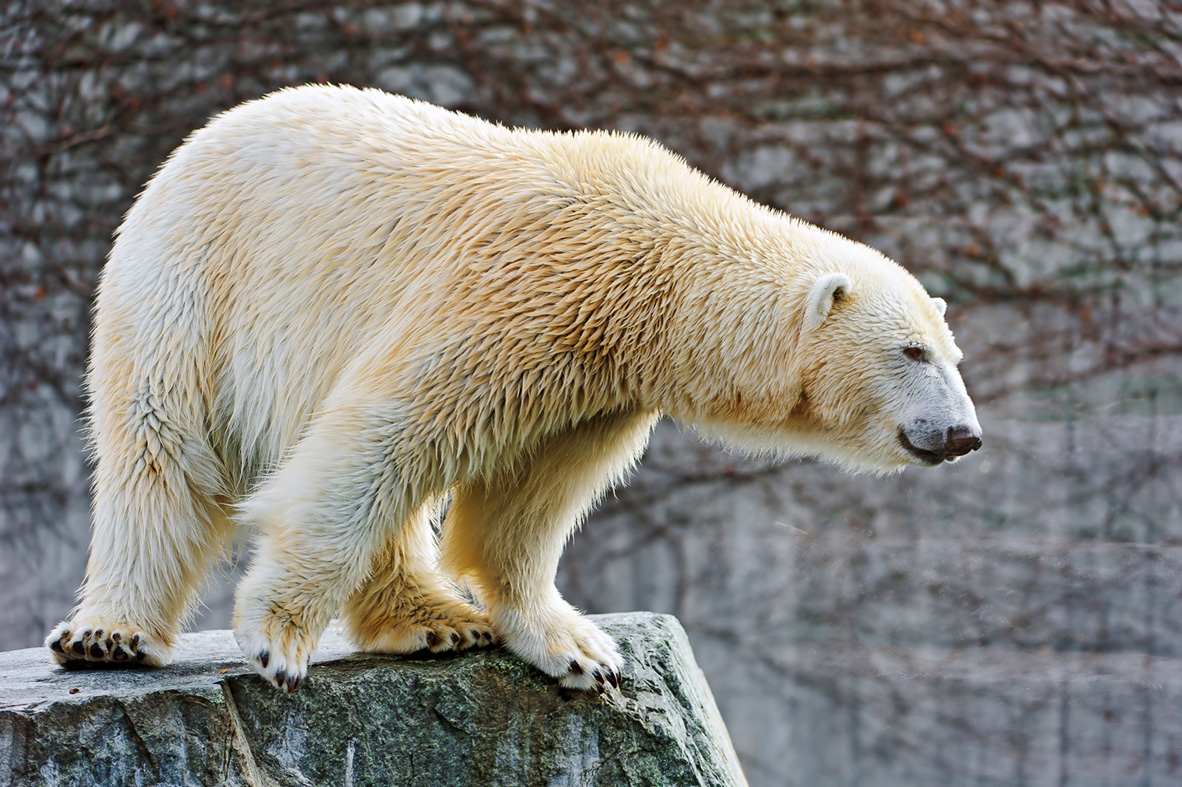 Story by Rachael Piccoli Kuschke, a U of G student writer with Students Promoting Awareness of Research Knowledge

Research shows polar bears are being hit with the harsh effects of climate change, resulting in a decline in their population. Janel Kuska, a graduate student in the Department of Animal Biosciences at the University of Guelph, is working alongside Profs. Laura Graham and Esther Finegan to pinpoint how rising global temperatures are impacting polar bears.

The researchers are using data collected from 10 zoos in various locations, from Northern Quebec to southern California, to analyze captive populations. With their results, researchers have the potential to alter living conditions for captive polar bears and gain insight on the effects of warm weather on their wild counterparts.

“Zoos are very important for species conservation and help us determine how wild bears respond to a wide variety of temperatures,” says Kuska.

Kuska is using a device to compare the thermoregulatory temperatures of bears in a variety of environments to determine how a polar bear’s body reacts to warmer climates. To measure internal temperatures, a microchip-sized digital thermometer is fed to polar bears and then extracted from their fecal matter about 36 hours after ingestion. The device monitors and records body temperature, which is then logged onto a chip.

Researchers are also comparing the data to thermal images captured from afar by high-quality cameras. If the results are similar, they may be able to accurately determine internal temperatures of polar bears without ever touching a bear.

Fecal samples are also being collected daily from each zoo and are sent to the University of Guelph for analysis. Kuska is currently sorting through fecal cortisol metabolites, hormones released in response to stress. These hormones help detect harmful health conditions such as heat stress. With this information, researchers can recommend optimal temperature conditions for zoos, helping to maintain a healthy captive population.

“It is important to create a healthy captive environment so polar bears are able to reproduce a solid population in captivity in case the wild bears die,” says Kuska.

By having a clear understanding of how temperature change is affecting polar bears, researchers aim to create more public awareness on how to better protect the species.

“Our goal is to gain more knowledge about warming temperatures and help improve the lives of polar bears everywhere,” says Kuska.

Funding for this study is provided by the Campbell Centre for the Study of Animal Welfare (CCSAW), WRG Conservation Foundation and the University of Guelph travel funds.