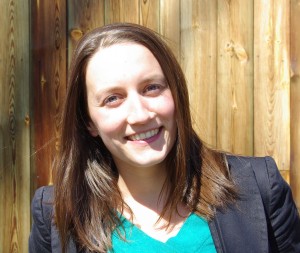 Helping refugee families begin new lives in this community is the purpose of a new handbook produced by the University of Guelph’s Community Engaged Scholarship Institute (CESI).

“It’s a good example of how U of G, through CESI, is supporting refugee resettlement initiatives in Guelph.”

The Government of Canada has committed to accepting up to 35,000 Syrian refugees by the end of 2016, many of whom will be privately sponsored. 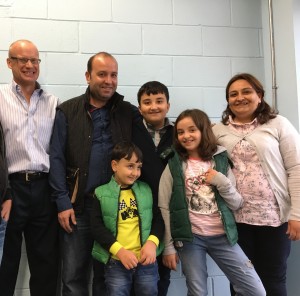 Guelph Wellington is expected to receive 300-400 refugees. Businessman Jim Estill is sponsoring 50 Syrian families to come to Guelph. One of those families — Halil and Emine Dudu and their three children — is staying with Dave Hobson, a technology transfer manager at U of G’s Catalyst Centre. The Dudu family received international attention recently with the story of how Halil, a mastor tailor, helped save a wedding day.

The new guide includes detailed checklists starting with pre-arrival and continuing through the first month’s resettlement process. It contains tips for everything from handling airport arrivals to navigating language barriers to getting health care.

The handbook provides information about resources and services in Guelph-Wellington for sponsoring groups and refugee families.

Beyond Syrian refugees, the handbook is pertinent to all refugee-sponsoring groups and newcomers.

Even before the handbook was finished, draft versions were shared with sponsors to help them plan for and manage the arrival of refugee families.

“The comments we’ve received so far have been very positive,” Duvieusart-Déry said.

Among other related projects since the spring, CESI has conducted surveys of immigrant participation on local boards and committees, and developed public lectures and newsletters on new immigrant research.

In other local collaborative projects through CESI, researchers have looked at emergency food use, furniture banks and access to recreation.