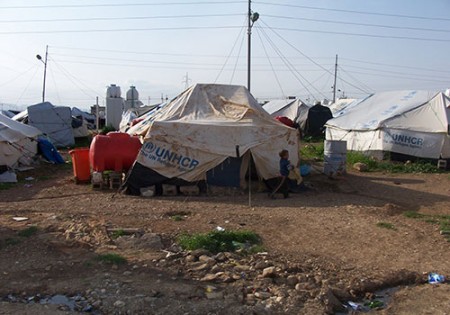 A Syrian refugee camp in the Middle East.

Two Syrian refugee students are expected to enroll at U of G in the next year under a special sponsorship arrangement for students fleeing the war-torn country for refugee camps in the Middle East.

The two students are expected to arrive sometime in 2016, says Laurie Schnarr, director of Student Life.

As of this week, her office was still waiting to learn who the displaced students are, which country they are living in now and when they will arrive in Guelph.

Since a civil war began in Syria in 2011 — and particularly since the militant Islamic State took over parts of Syria and Iraq last year — millions of Syrian refugees have fled to camps in neighbouring countries, including Lebanon, Turkey and Jordan.

In all, 19 Syrian refugee students might be sponsored by post-secondary institutions across Canada during the next year through World University Service of Canada (WUSC), an international development organization based in Ottawa. That number has yet to be confirmed. Prospective institutions, including Guelph, will review dossiers and select candidates from a list provided by WUSC.

U of G agreed to accept two students after the group asked post-secondary institutions to sponsor refugees from Syria. Schnarr says WUSC was overwhelmed by the response from institutions across the country.

She says U of G now faces a challenge to cover future costs for the two arrivals.

Since 2010, Guelph has sponsored a total of 13 refugees (up to two or three students each year) from several African countries. U of G funds tuition, meal plans and residence accommodations for refugee students during their first year; after that, the University covers tuition only. 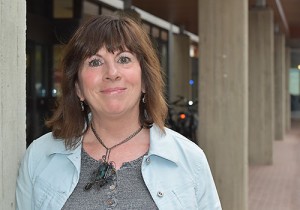 For those earlier students, living expenses of about $30,000 per student for a four-year degree have been partly covered by fees approved in several U of G student referendums. Remaining expenses are covered by the students themselves and through fundraising by WUSC’s local committee on campus.

As well, through its student refugee program committee, WUSC recruits volunteers to help refugee students adjust to life in Guelph and Canada.

With two students newly arrived from Africa this semester — and now with two Syrian students to come — U of G is doubling its number of sponsored students for the next year.

Schnarr says the local committee currently lacks the funds to pay for living expenses for those Syrian students. A fundraising campaign has been launched to help cover those expenses for both students’ four-year program.

“These are young people who don’t take their education for granted in the least,” she says. “They’re just so grateful for the opportunity and appreciate the support they’ve been given.”

WUSC will hold a Refugee Camp(us) Oct. 22-23 in the University Centre courtyard to raise awareness and funds to support sponsored refugee students.