David Mirvish will step down as chancellor of the University of Guelph due to increasing work and personal responsibilities.

The announcement was made today by president Franco Vaccarino. 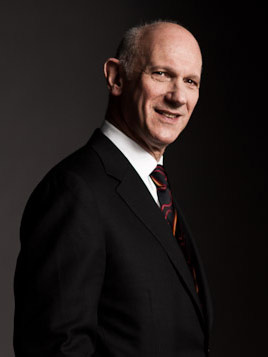 “This was a difficult decision for David, but he believes he is no longer able to devote the time required to serve as chancellor in the manner he would like,” Vaccarino said.

“We will miss his ongoing counsel and participation. David has been a wonderful supporter and representative of the University of Guelph, and we appreciate his many contributions.”

Mirvish was named U of G’s eighth chancellor in February 2012 and reappointed in 2014, extending his term until March 2018.

He presided at convocation ceremonies and represented U of G interests to government.

“It has been a great honour and pleasure to have had the opportunity to be chancellor of the University of Guelph these past four years,” Mirvish said.

“I appreciate all the goodwill that I encountered in performing this role from students, staff, faculty, alumni and others. It has been a privilege to be an ambassador for U of G’s people, ideas and innovations.”

Mirvish will continue as chancellor until a successor is named. U of G will begin the search for a new chancellor immediately.

A member of the Order of Ontario and the Order of Canada, Mirvish has received honorary degrees from several universities. He has served as a trustee of the National Gallery of Canada and the Royal Ontario Museum.