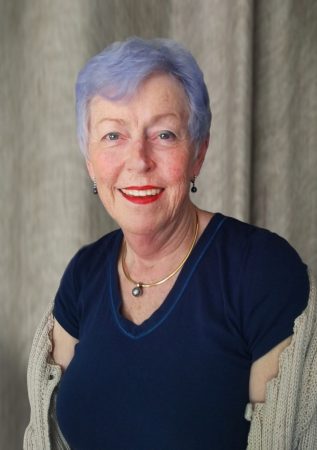 Martha Billes, a Canadian business icon, philanthropist and University of Guelph alumna, has been named the University’s next chancellor.

The controlling shareholder of Canadian Tire Corp. (CTC) Ltd., Billes is the first U of G graduate to be named chancellor of the University.

The University’s Senate endorsed her appointment Tuesday evening. She will be installed during a ceremony in June.

“Martha Billes fought long and hard to establish herself as one of the most successful business leaders in Canada, shattering stereotypes along the way,” said U of G president Franco Vaccarino.

“She is also known for her generosity and deep commitment to helping Canadians in need through her charities and volunteer efforts, and for being a longtime and enthusiastic supporter of the University. Her passion, determination and stewardship make her an excellent choice for our next chancellor.”

As chancellor, Billes will preside at convocations, confer all University degrees and act as an ambassador. As the University’s senior volunteer, she will also represent its interests to all government levels. The chancellor is also an ex-officio voting member of the University’s Senate and the Board of Governors.

A 1963 graduate of the Macdonald Institute – one of U of G’s founding colleges – Billes has been a strong supporter of the University.

“I am delighted and honoured to be serving as chancellor for the University of Guelph,” Billes said.

“My years in Guelph were transformational, and I have maintained a strong connection to my alma mater. I look forward to contributing in a new way, using my passion and experience to help inspire the next generation of leaders and to enhance the University’s already strong reputation for quality and excellence.”

Billes is the ninth chancellor since the University’s creation in 1964.

Guelph’s former chancellors and their years of service are: David Mirvish, Canadian theatre producer and art collector and supporter, 2012-2017; Pamela Wallin, Canadian senator, former television journalist, and diplomat, 2007-2011; Lincoln Alexander, one of Canada’s most groundbreaking and influential leaders, 1991-2007; Edmund Bovey, past president of the Art Gallery of Ontario, 1989 to 1990; William Stewart, former Ontario minister of agriculture, 1983 to 1989; Pauline McGibbon, former Ontario lieutenant-governor, 1977 to 1983; Emmett Hall, former chief justice of Saskatchewan and justice of the Supreme Court of Canada, 1971 to 1977; and George Drew, former mayor of Guelph, Ontario premier and Canada high commissioner to the United Kingdom, 1965 to 1971.

She joined the board of Canadian Tire in 1980, taking up the seat previously occupied by her father. In 1983, she and her two brothers acquired control of the company through the purchase of shares held by the estate of her uncle, J.W. Billes. In 1997, she acquired her brothers’ shares to become the sole controlling shareholder of Canadian Tire.

Since then, Martha Billes has used her influence within Canadian Tire with discretion and consistency, leading to the development and practice of a very high standard of board independence and performance, and a governance structure that elicits admiration.

A Canadian icon employing nearly 68,000 people, CTC ranks as having one of “Canada’s Most Respected Cultures,” with its brand and reputation among its most respected assets.

Martha Billes is also the founder of Canadian Tire Jumpstart Charities, a nationwide foundation dedicated to providing access to sport and activities to disadvantaged young people across Canada. Known for its high degree of leadership in community-based philanthropy, Jumpstart distributes $22 million annually; in 2016, it helped more than 220,000 Canadian children. Martha Billes continues to serve as a board member and takes an active and engaged role in the charity as chairman emeritus, participating regularly in affairs and events.

Her civic activities extend widely. Past service includes the board of the Sunnybrook Foundation, the dean’s advisory boards of Auburn University Social Services Faculty and the Ryerson University Faculty of Business.  She is also a former trustee of the Calgary Women’s Shelter Endowment Fund and a director of the Toronto Organizing Committee of the 2015 Pan American Games, and serves as Honorary Consul Emeritus, Calgary, for the Republic of Chile.

U of G awarded her an honorary doctor of laws degree in 2013. She received an honorary doctorate of commerce from Ryerson University in 2002, and the media room and control room at Ryerson’s Mattamy Athletic Centre are named in her honour.

Other awards include the Calgary Mayor’s Award and the Ontario Citation as a leader in philanthropy.

Martha Billes remains an active leader in business and philanthropy. She achieved a remarkable accomplishment in building, shaping and imbuing progressive and responsible values in one of Canada’s most prominent corporations.