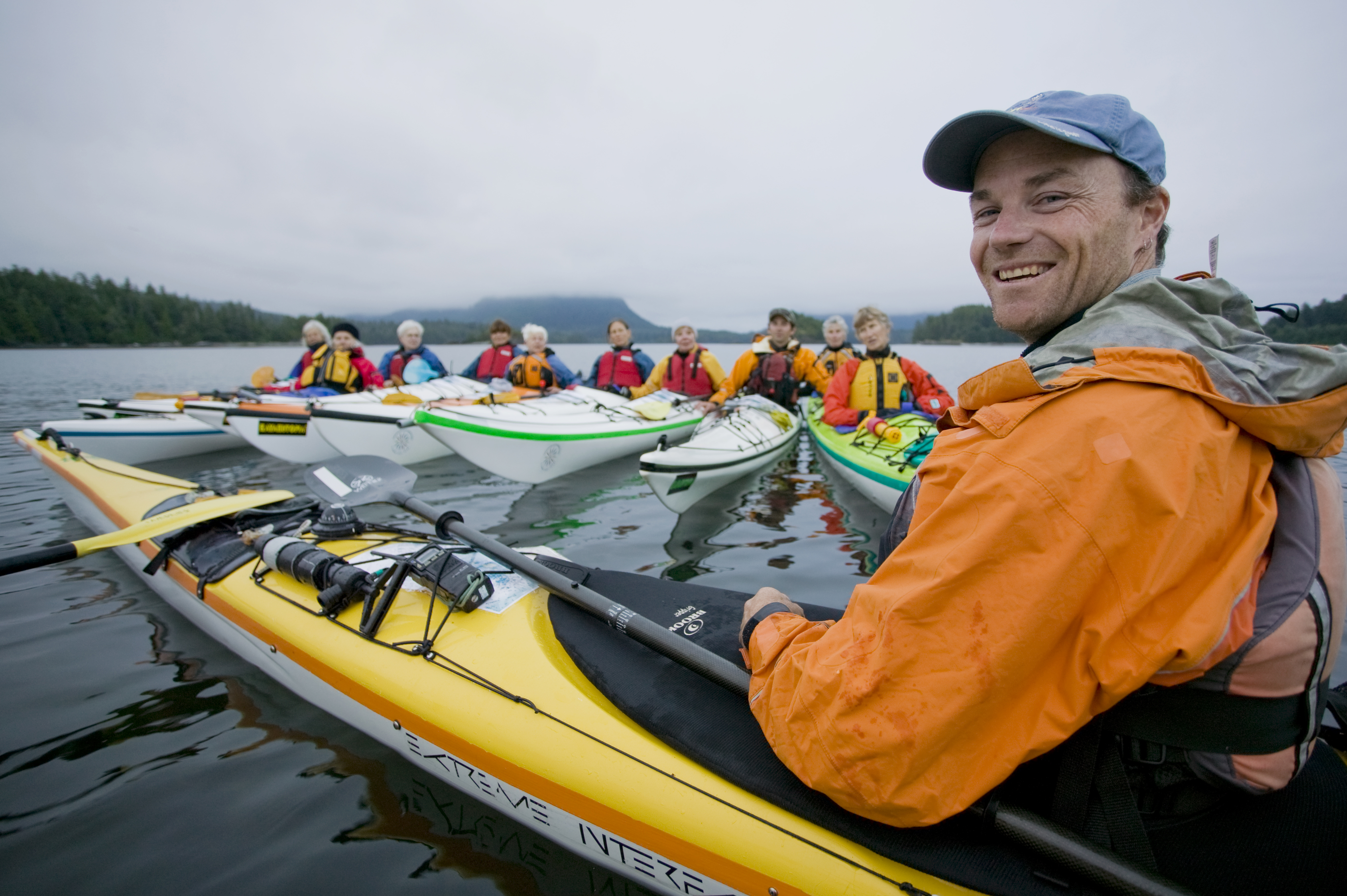 Kayaking among the sea otters in Kyuquot Sound is just another day at the office for Dave Pinel. As managing owner of West Coast Expeditions in Courtenay, B.C., he leads adventure tours that tread softly on the earth, leaving the smallest possible environmental footprint. The Canadian Tourism Commission has named the company’s five-day sea otter kayak tour a “Canadian Signature Experience.”

“I’ve always been attracted to water-based activities and the coast,” says Pinel. His preferred mode of transportation is the kayak, “an ideal tool for exploring places with minimal impact.” Those places include isolated islands and inlets that give visitors a glimpse of wildlife.

While working at West Coast Expeditions, he decided to go back to school to earn a master’s degree at U of G’s School of Rural Planning and Development, graduating in 1998. His thesis looked at community-based tourism planning, which aims to complement — not compete with — its surroundings.

“It’s how tourism best fits with the local ecology, social and cultural aspects, and the economic development opportunities without sacrificing the values that make it a special place,” says Pinel. He also teaches adventure guiding and aboriginal ecotourism at North Island College in Courtenay.

Respecting social and cultural values is important to Pinel, who partners with the local First Nations community to provide guests with cultural experiences, such as fresh salmon cooked over an open fire by an aboriginal family.

“It’s a timeless piece of Canadiana,” he says. “In many ways the Kyuquot area struck me as a microcosm of Canada’s coastal places, rural places, remote places and a place where the First Nations story is actively evolving and moving forward as part of what shapes Canada,” he says.

Respecting the environment is paramount, but animals don’t always follow the rules. Pinel advises visitors to stay at least 100 metres away from sea otters, which is easier said than done when the otters want to get up close and personal. He recalls one otter that appeared near a tour group he was leading. As the visitors tried to retreat, the curious otter continued to follow until it was only a few metres away.

Those memorable experiences are what Pinel appreciates most about his job. “Each day is fresh with a different recipe of human relationships, wildlife interactions, weather and tides,” he says.

Although the tours are planned in advance, every day is an adventure filled with the unexpected. Intertidal walks often reveal new sea creatures he has never seen before, which prompts him to look them up in a reference book or contact an expert marine biologist.

“It’s almost like being in the Galapagos to have wildlife so close.”