A group of Costa Rican schoolchildren now have species of tiny wasps named after them, thanks to research to identify the species led in part by a University of Guelph professor.

The team found 20 previously unknown species of wasps, which they named after elementary schoolchildren from several nearby communities. 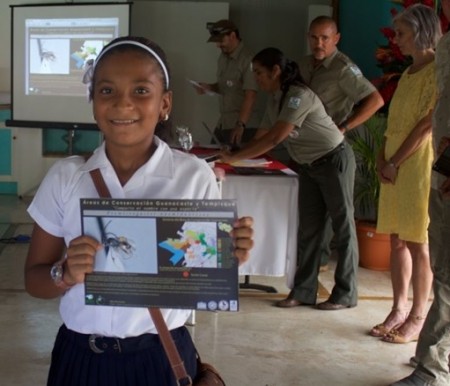 The children were winners of a local art competition to portray the wild forests that surround them called, “I share my name with a species….”

Smith used DNA to identify the wasps, and an Agriculture and Agri-Food Canada researcher used conventional morphology to confirm and describe them.

“These insects are very small and, like most insects, haven’t had the classification attention that they warrant, particularly in the tropics,” said Smith.

“Over the past decade, we have demonstrated that we can produce a good understanding of the true diversity by integrating ecological understanding with DNA and morphological classifications.”

Most of these new wasp species are only found in cool and wet tropical cloud forests – among the most endangered spaces in the tropics. They are threatened by warming and drying associated with climate change.

“This is important because accurately identifying the species that make up ecosystems is the foundation of much that we value in human societies, and these species are in endangered habitats as well,” said Smith.

“These names represent only the start of our ability to understand much more about that hidden diversity.” 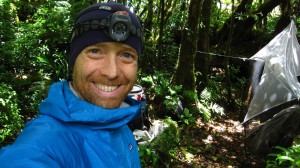 The idea of naming the wasps after school children came from the couple who funded the project and who hope to increase local interest in protecting biodiversity.

“These are rare insects to capture; our work will make it easier to identify them when we do,” said Smith.

“Our findings make it more likely that we will better understand the role they play in these neotropical ecosystems. Biodiversity positively affects ecosystem function and therefore many aspects of human health and economy.”

The team included researchers from the Canadian National Collection of Insects in Ottawa, University of Pennsylvania, University of Virginia’s College at Wise, and ACG Costa Rica. The research in Guelph was funded by an NSERC Discovery Grant.

Their findings were published in the Journal of Hymenoptera Research.