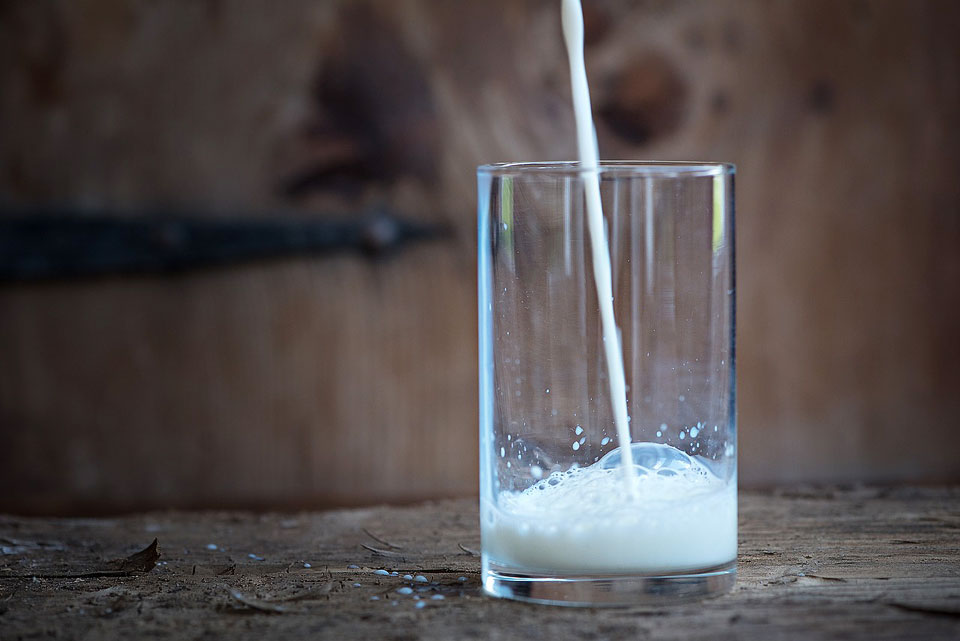 Iodine is a little known essential nutrient: we all need some to be healthy, but not too much. Iodized table salt currently provides most of the daily requirement, but cow’s milk is another important source. That’s especially true as people reduce their salt intake for health reasons, says population medicine professor David Kelton.

Too much iodine can also be a problem, so the levels in milk delivered to processing plants are monitored routinely. In 2011, 2012 and 2013, the Dairy Farmers of Canada tested milk samples from every dairy farm in Canada, and found about five per cent of farms had milk iodine levels higher than the amounts allowed by Health Canada. “This does not usually have a serious impact because milk from many farms is pooled before being delivered to processing plants where it is packaged and sold,” says Kelton.

However, in some cases it might be a cause for concern. Small milk-processing plants that make artisanal cheeses and other products may collect milk from only a few local farms; if those farms all have high iodine levels the finished product could also contain levels that are too high.

Kelton explains there are two main known sources of iodine in cow’s milk. One is through the cow’s diet and supplements. “Some farmers, including organic farmers, also feed kelp which is quite high in iodine,” says Kelton. The second source is the iodine-based disinfectants used on the cow’s teats before and after milking. On farms where this disinfectant is not completely removed before milking the iodine enters the milk directly; if it’s sprayed excessively on the udder and teats and is absorbed through the skin, iodine levels are higher.

Even when those sources are corrected, some farms still have high levels of iodine. Kelton’s team is investigating if the cows’ drinking water might be another important iodine source. According to Kelton, the Great Lakes were once a much larger inland sea filled with seaweed, and iodine-rich deposits were left behind.

“When we laid a map of farms with high iodine levels in the cow’s milk over a map from the Ontario Geological Survey showing wells with high levels of iodine in the water, they matched up quite well,” he says.

To confirm this extra iodine is coming from the water, Kelton and his team, in collaboration with colleagues from the Ontario Geological Survey and the University of Ottawa, are testing the water cows drink and their milk, and using the natural radioactive isotope signals from the iodine to “fingerprint” the different sources.

“Then we can look at strategies to reduce the levels in drinking water,” he says. “This is all part of our overall effort to continually maintain the high quality of cow’s milk sold in stores.”