Instead of waking up before dawn to milk cows manually, many dairy farmers now use robots to milk — and those robots do more than just milk cows. They can also provide valuable information about the animals’ overall health.

University of Guelph researchers tracked data captured by robotic milking systems to monitor cattle health, and found indicators of illness in the data days and even weeks before the animal was diagnosed.

Having information on their animals’ health as soon as they become sick or injured, or even at risk of those problems, is vital to farmers and the animals.

“Generations ago, there may have been maybe a dozen cows, so the farmer would be more aware of subtle changes in individual cows and be able to intervene before an illness or injury became serious,” said study co-author Trevor DeVries, an animal biosciences professor whose family has a history of dairy farming.

“But today, when the average dairy farm in Canada might have 80 to 1,000 cows, it’s harder to keep track of individual cows and subtle changes in behaviour and productivity.” 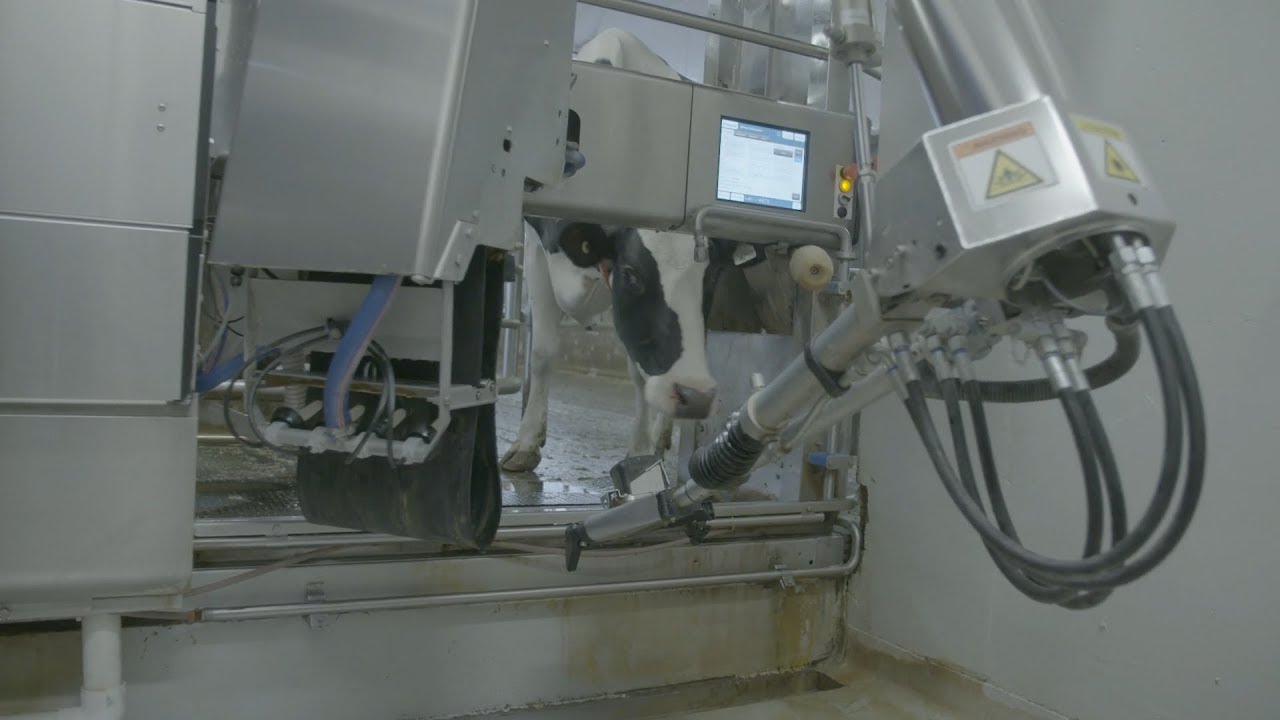 Published in the Journal of Dairy Science, their study tracked behaviour and productivity of 605 cows in robotic milking systems in nine farms over eight months. Sensors in the robot and in collars worn by the cows captured information about the cows before they were diagnosed with health disorders such as lameness, mastitis and twisted stomach.

“Our research was retrospective,” explained Meagan King, a post-doctoral researcher in the Department of Animal Biosciences. “We followed the cows, recording whatever illnesses they had, and at the end of it all, we went back in time from when the cows got sick and determined what happened leading up to that day.”

Sensors in the robot and on the cow can record information including how often the cow is milked and milk volume, how active cows are and other behavioural information, said DeVries, who holds a Canada Research Chair in Dairy Cattle Behaviour and Welfare.

The researchers found that days or even weeks before an animal showed outward signs of illness or lameness, their data showed that the cow did less cud-chewing, yielded less milk and was less active.

Next, the researchers plan to refine the mathematical models that may be used in software associated with robotic milking equipment in order to help flag signs of illness earlier.

“It’s helping the dairy producer identify irregularities in an animal before they need to call the veterinarian,” said DeVries. “It’s not only helping the farmer, but it’s very much in the interest of the welfare of the animal.”