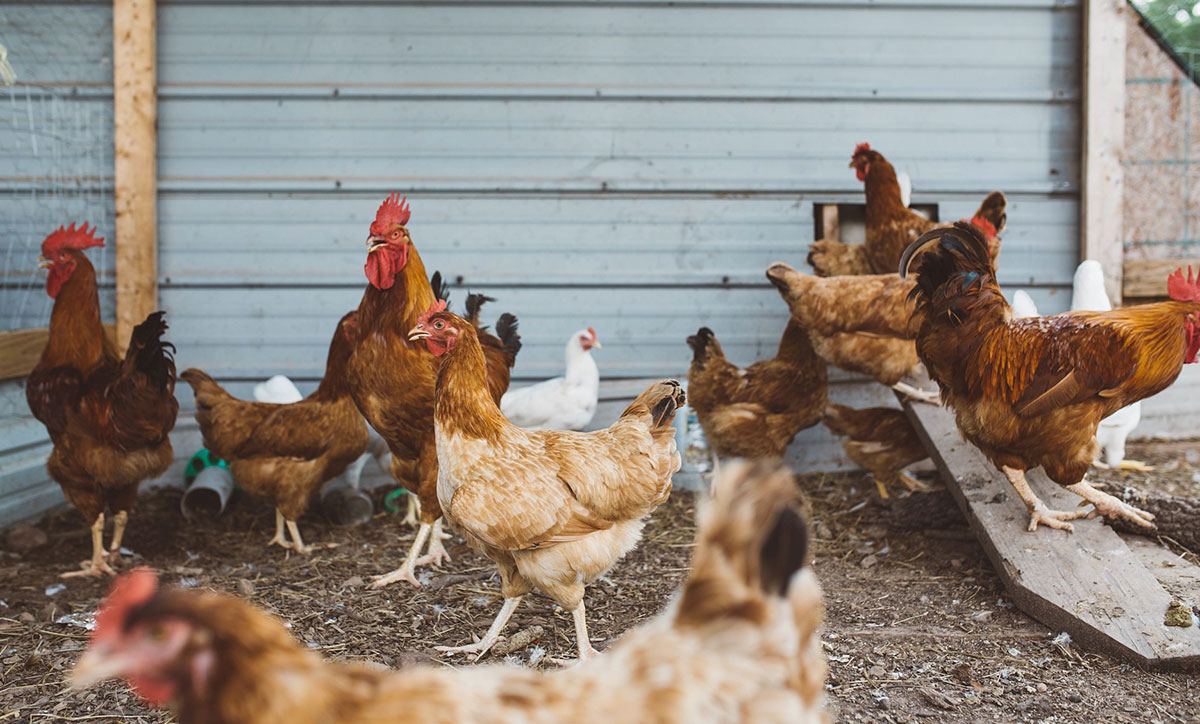 According to the Chicken Farmers of Ontario, there were about 14,000 non-commercial flocks of chickens in 2014. That’s a lot of small farms and residential coops, and the numbers are increasing as more cities change their bylaws to allow birds to be kept in the backyards of urban homes, too.

“People are interested in living a more natural lifestyle and eating local, so raising their own food makes sense to them,” says Leonardo Susta, a pathobiology professor at the University of Guelph. “Some people also keep chickens or ducks as pets. There’s a lot of variation in how they are cared for — some people are much more aware of health measures such as vaccinating and quarantining birds that are sick.

Despite this growing popularity, Susta points out there is much we don’t know about the diseases present in these small flocks and the potential risks they pose for the poultry industry.

“In developing countries, where biosecurity is minimal and many diseases are endemic, the backyard flocks of chickens often put the larger commercial operations at risk,” he says. “It’s hard for the big companies to keep the infection out when it’s so prevalent in the small flocks surrounding them.”

In Canada, he says, “We have better biosecurity, however, people still worry that backyard flocks may become reservoirs of disease.”

With that in mind, Susta, in collaboration with Michele Guerin (Population Medicine), Csaba Varga (OMAFRA) and Marina Brash (Animal Health Laboratory), has started a two-year study of birds in small flocks, including chickens, turkeys, domesticated game birds, ducks and geese. The research does not include doves or pigeons. To fit his definition of “small flock,” the birds must be kept for non-commercial purposes in small numbers (generally fewer than 300).

Researchers aim to use the collected data to aid in the prevention, control and surveillance of relevant diseases among small flocks in Ontario, and develop tools to improve the health and welfare of backyard flocks.

Owners of small flocks, through their veterinarians, can participate in the Small Flock Disease Surveillance project by submitting sick or dead birds to the Animal Health Laboratory for postmortem analysis. For a $25 fee, the lab, through funds provided by the Ontario Animal Health Network, will conduct an extensive battery of tests (that normally cost more than $600) to detect viral, bacterial and parasitic infections, in addition to the regular postmortem testing. To access the discounted fee, owners will need to complete a biosecurity questionnaire and a consent form.

The study will provide information about the common pathogens in backyard flocks and allow small flock owners to determine the infectious agents their flock is carrying, including those that can be harmful to humans such as Salmonella. It will also help researchers understand the most common husbandry and biosecurity practices used by non-commercial flock owners.

Guelph resident Jenna Hennessy is raising four chickens in her backyard coop. “Illnesses can spread so quickly when you have a small flock like ours,” she says. “If one of my birds died, I’d want to know about what precautions I should take — should I change the feed, do I need to clean the coop or tear it down and rebuild it?”

She adds that many owners of small flocks become emotionally attached to their birds, increasing their need to understand what happened if one dies.

The team hopes this research will be able to answer these questions, and also provide information for future education and planning.