A University of Guelph student has won a coveted national painting prize.

Patrick Cruz, a master of fine art (MFA) student, was announced as the winner of the 2015 RBC Canadian Painting Competition Wednesday night at an awards ceremony in Vancouver.

The $25,000 prize celebrates promising new Canadian visual artists. It’s the second year in a row that the winner has had a U of G connection. 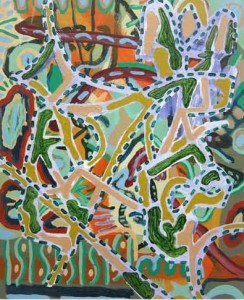 “Patrick’s achievement is remarkable; the RBC Canadian Painting Competition is among the most prestigious in the country,” said Ann Wilson, acting dean of the College of Arts.

Sally Hickson, director of the School of Fine Art and Music, added: “We’ve long been widely regarded as the best in Canada, and this is why: We choose the best candidates, and we put them together with the best instructors in an intensive, focused program.”

Cruz’s painting, Time allergy, was selected from more than 600 Canadian entries by a judging panel.

“This award is often talked about amongst my peers. Winning this competition allows me to gain recognition and increase exposure for my current painting, while also being able to focus on my studio work, which is a unique opportunity for a young artist,” said Cruz.

The jury, made up of some of Canada’s top artists, art directors, curators and art critics, commended Cruz on his “brave approach, maximalist esthetic and wild graphic sensibility.”

Cruz immigrated to Canada 10 years ago from the Philippines, and has said that the process inspired him to examine notions of diaspora, displacement and cultural identity. 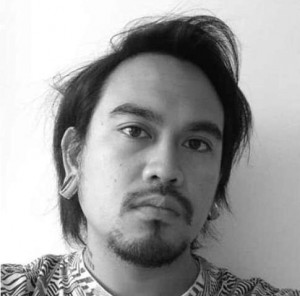 His painting will become part of RBC’s corporate art collection, which also includes a painting by U of G graduate Tiziana La Melia, the 2014 RBC winner. That year, five of the 15 finalists were Guelph alumni.

“The recognition which Patrick and Tiziana have received speaks to the high quality of the MFA in studio art,” Wilson said.

“Guelph has a much-deserved reputation for excellence in the creative arts—whether creative writing, music, studio art or theatre.”