A University of Guelph professor is in the running for the 2015 Canada Prizes awarded by the Federation for the Humanities and Social Sciences.

Stephen Henighan, School of Languages and Literatures, is one of five finalists in the humanities category for his book Sandino’s Nation: Ernesto Cardenal and Sergio Ramirez Writing Nicaragua, 1940-2012.

The Canada Prizes celebrate the best English and French scholarly books in the humanities and social sciences. Finalists are selected for making exceptional contributions to scholarship and enriching social, cultural and intellectual life.

This is the 25th year the prestigious prizes have been awarded, and Henighan’s book is the first-ever on Latin America to be nominated. 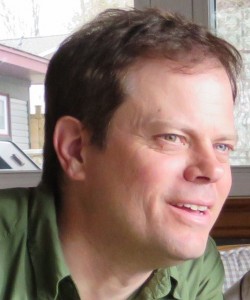 be announced at a ceremony in Toronto April 29.

“Stephen is a prolific writer, and his works — both fiction and non-fiction – always aim to educate and enlighten. This particular book was a major undertaking, and I am pleased it’s being recognized for its scholarship and impact.”

Sandino’s Nation, published by McGill-Queen’s University Press, centres on Ernesto Cardenal and Sergio Ramírez, two of the most influential Latin American intellectuals of the late twentieth and early twenty-first centuries.

Through their writings, Henighan explores the construction of Nicaraguan national identity during three distinct periods of the country’s recent history – before, during and after the 1979-90 revolution.

“I am very happy to have the first book on a Latin American topic listed; I am pleased to see the Federation recognize that type of research,” Henighan said.

“I am also delighted because this is a very big book – 776 pages. My editor went out on a limb to get the publisher to do this massive book, and we all feel vindicated now.”

Henighan started working on Sandino’s Nation in 2004, backed by a grant from the Social Sciences and Humanities Research Council. “It got so big that I had to give it up for a while, but I came back to it about three or four years ago, and worked on it consistently for the past two years to finish it.”

The book’s roots run even deeper. “It represents about 30 years of my life,” Henighan said. As an undergraduate student in the United States, he discovered the works of Cardenal and Ramirez during a visit to Nicaragua in the early 1980s.

“I am part of a generation where the Nicaraguan revolution was the beacon of idealism. So it’s a bit more emotional than most academic books, because I was trying to figure out a lot of other things, too.”

Henighan teaches Spanish-American literature and culture at U of G, and is a novelist, short story writer and journalist.

He has written 12 fiction and non-fiction books, including When Words Deny the World: The Reshaping of Canadian Writing, which was nominated for a Governor General’s award for non-fiction. His literary journalism has appeared in publications around the world. He was also a 2003 judge for the Governor General’s Literary Award for fiction.

Sandino’s Nation will be featured at the Blue Metropolis Montreal International Literary Festival in late April. “It’s a literary festival, so academic books are not usually featured, but they felt it had crossover potential,” Henighan said.