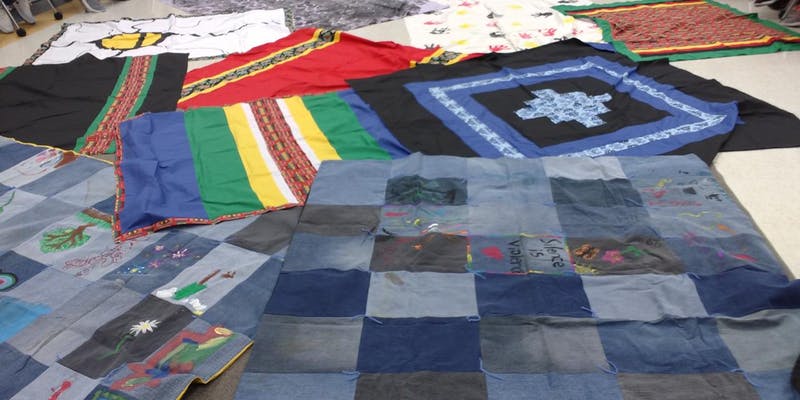 In 1996, the Aboriginal Rights Coalition worked with Indigenous Elders and teachers to develop an interactive way of learning the history most Canadians are never taught. The Blanket Exercise was the result; it has since been offered thousands of times and the fourth edition was released in 2016.

The Blanket Exercise is based on participatory popular education methodology and the goal is to build understanding about our shared history as Indigenous and non-Indigenous peoples in Canada by walking through pre-contact, treaty-making, colonization and resistance. Everyone is actively involved as they step onto blankets that represent the land, and into the role of First Nations, Inuit and later Métis peoples. By engaging on an emotional and intellectual level, the Blanket Exercise effectively educates and increases empathy.

The Blanket Exercise itself takes about an hour and will be followed by a talking circle which often requires an additional hour.

This event requires an RSVP and has a capacity of 30 people.