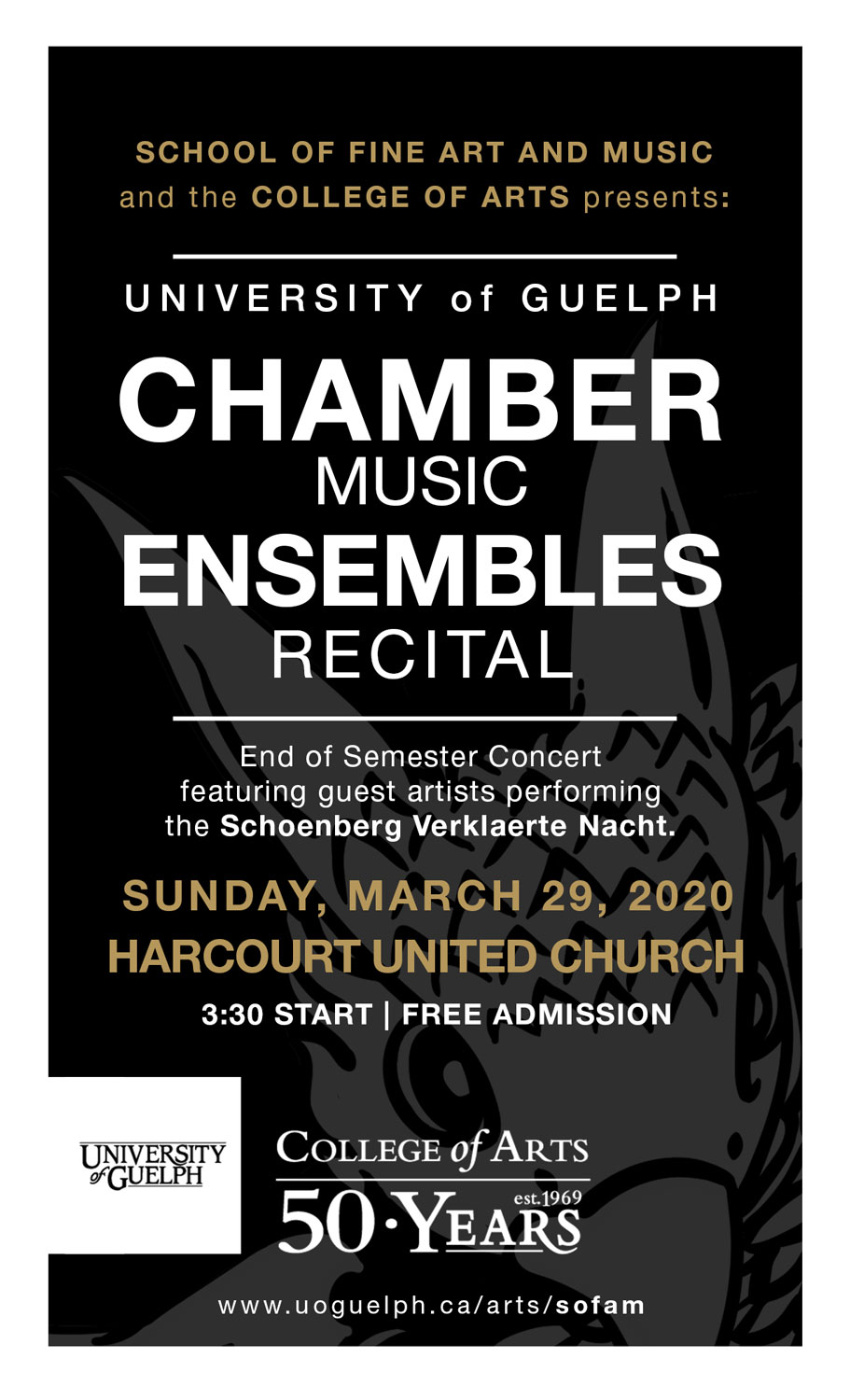 – This event has been cancelled –

The University of Guelph Choirs will sing music from a wide range of styles, including the world premiere of The Farmer Needs the Rain by Roy Forbes, in a choral setting by Larry Nickel. This is a Relaxed Performance, meaning that accessibility for all is a priority.

Join the University of Guelph Symphonic Choir and Gryphon Singers at their upcoming concert, presented by the School of Fine Art & Music. Soloists include Karla Oxley, Larissa Abrams-Ogg, Matthew Oxley. At the piano, Betty Maher will recreate the sounds of a symphony orchestra .

Our concert, entitled “The Singing Spirit”, celebrates many traditions, through which we express our hopes and dreams. The first half of the concert features a major piece called Requiem aeternum (which means Eternal Rest in Latin) by Wolfgang Amadeus Mozart. Each movement has its own character, ranging from a lullaby to a highly dramatic judgement scene, and including glorious depictions of eternal light, shining through the darkness of human despair.

The second half of the concert also features a piece about eternity (Lux aeterna), but also the lighter side of music: a Maritime folk song about a cow that gets stuck in the mud, and a spoof on classical music with all its prim traditions. The concert gets its name – The Singing Spirit – from a lovely poem that we’ll be singing set to the music of Toronto composer Sheldon Rose. The evening culminates in the moving Blues of Roy Forbes, the Vancouver singer-songwriter whose soulful voice expresses the trials of farmers in western Canada. Larry Nickel has captured the essence of Forbes in this new setting for the University of Guelph Choirs.

We understand that cost can be a barrier to the arts for some people. Therefore, we are making a number of free tickets available. To request a free ticket for this concert, please contact Charlotte Bryant at cbryan06@uoguelph.ca.

Email
flaird@uoguelph.ca
Event is open to
U of G students, U of G faculty and staff, The public