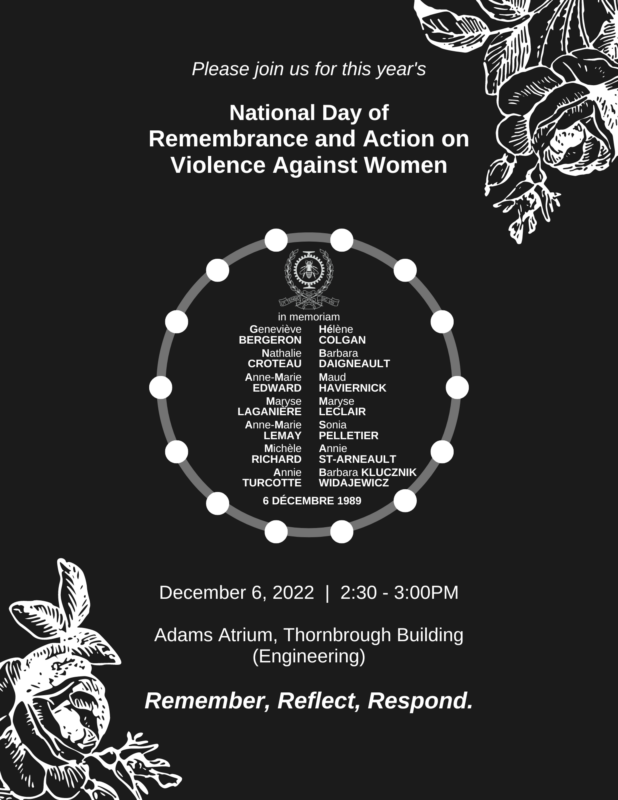 The National Day of Remembrance and Action on Violence Against Women, also known as White Ribbon Day, is commemorated in Canada each December 6, the anniversary of the 1989 École Polytechnique massacre, in which fourteen women were murdered and ten others injured in the name of “fighting feminism”.

Each December 6, the University of Guelph School of Engineering commemorates this event through the themes of Remember, Reflect, Respond.

Join the U of G community as we gather in the Adams Atrium of the Thornbrough building for an in-person gathering.

Room Number
Adams Atrium, Thornbrough Building
Event is open to
U of G students, U of G faculty and staff, The public