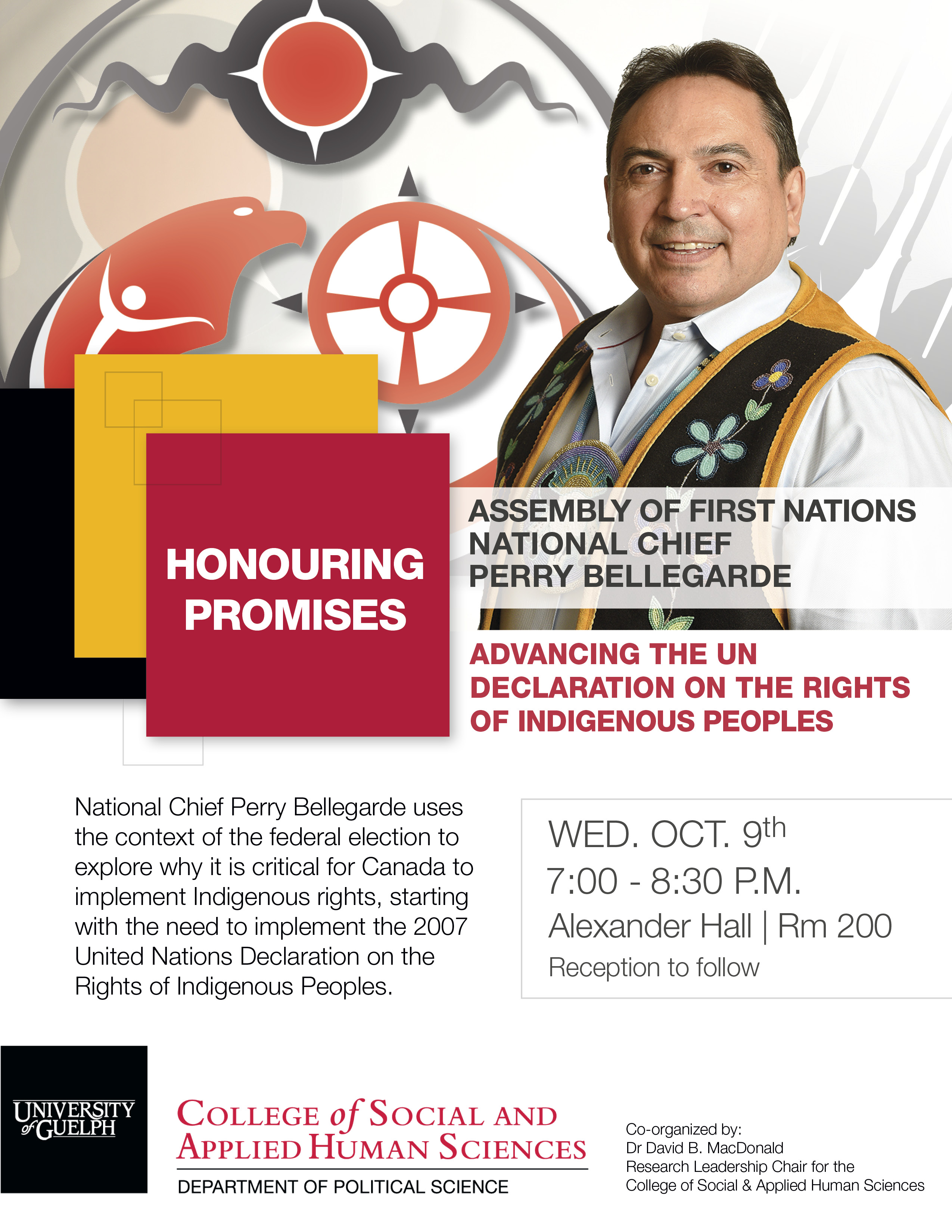 National Chief Perry Bellegarde uses the context of the federal election to explore why it is critical for Canada to implement Indigenous rights, starting with the need to implement the 2007 United Nations Declaration on the Rights of Indigenous Peoples.

Perry Bellegarde, re-elected National Chief of the Assembly of First Nations in 2018, holds a wealth of leadership experience. He’s spent the past thirty years putting into practice his strong beliefs on the laws and traditions instilled in him by the many Chiefs and Elders he has known over the years.  Passionate and unrelenting in creating real, measurable progress on the priorities that matter most to First Nations, National Chief Bellegarde is a strong advocate for honouring and implementing Inherent and Treaty rights, title and jurisdiction.