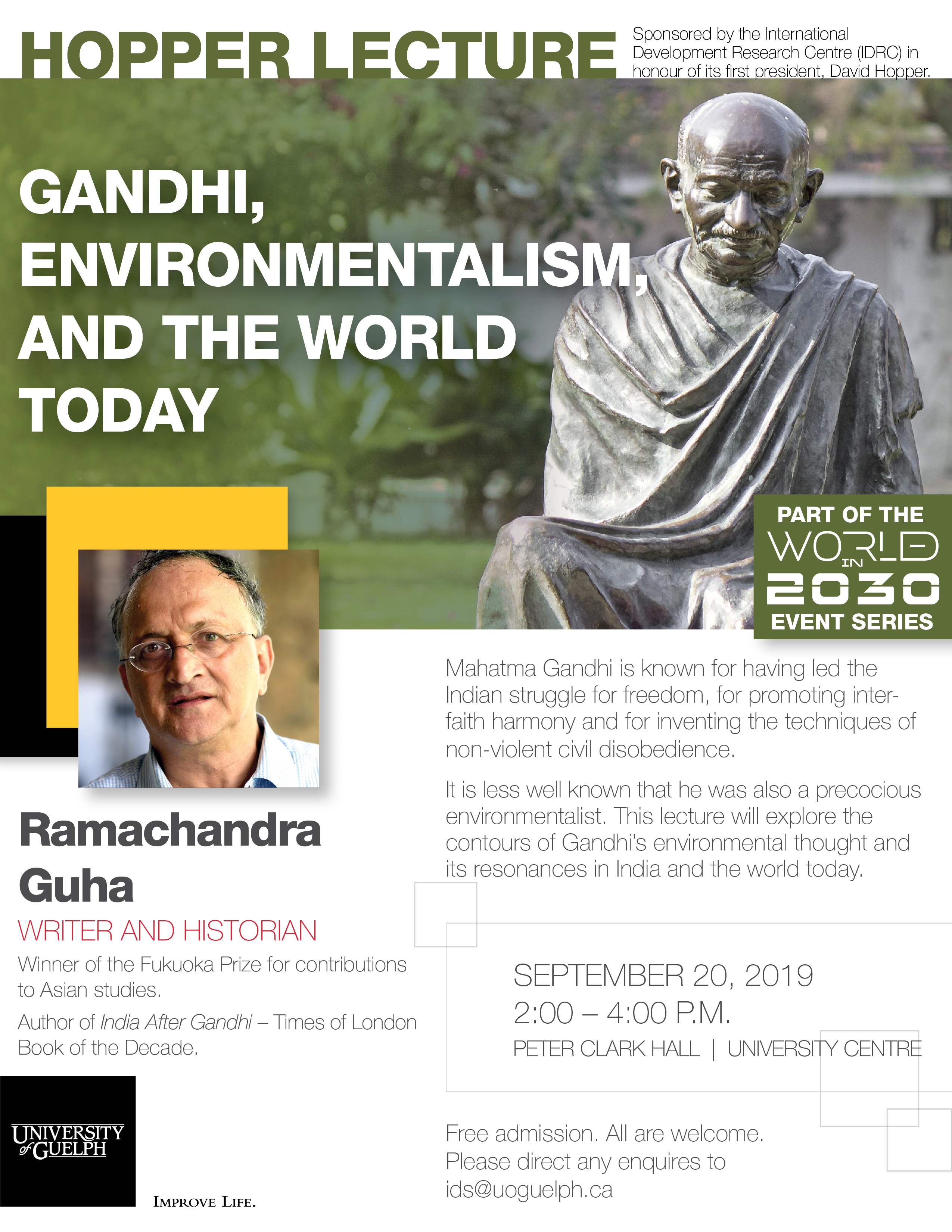 Join us for the 2019 Hopper Lecture, presented by writer and historian Ramachandra Guha. Guha is the winner of the Fukuoka Prize for contributions to Asian studies. He is also the author of Times of London Book of the Decade, India After Gandhi.

Mahatma Gandhi is known for having led the Indian struggle for freedom, for promoting inter-faith harmony and for inventing the techniques of non-violent civil disobedience.

It is less well known that he was also a precocious environmentalist. This lecture will explore the contours of Gandhi’s environmental thought and its resonances in India and the world today.

This lecture is part of the World in 2030 event series.

Sponsored by the International Development Research Centre (IDRC) in honour of its first president, David Hopper.