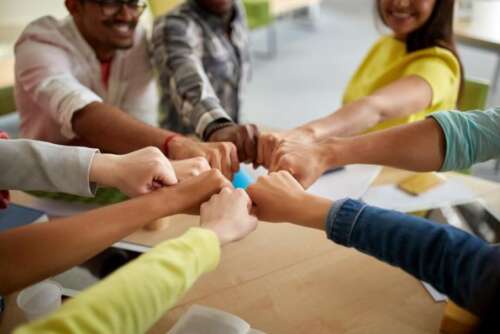 Fostering knowledge exchange between Canadian and Indian scholars is one of the main goals of a unique new research centre at the University of Guelph.

CIRCLE – Canada India Research Centre for Learning and Engagement – aims to showcase, advocate and build on research related to India and the Indian diaspora, specifically on emerging topics in sustainability and social and economic well-being.

Although CIRCLE received approval from U of G senate in early 2020, the pandemic prevented an official launch.

“The need for such a centre has come about through several years of discussion and deliberations with many students and faculty members who do research related to India or who would like to do such research,” said Dr. Sharada Srinivasan, a Canada Research Chair and a professor in the Department of Sociology and Anthropology, who leads the centre.

“It was established to build a welcoming space, collaborate, brainstorm research possibilities and create a critical mass of researchers at U of G.”

In the long run, CIRCLE intends to be the go-to place in Canada for India-related research.

Since its inception, CIRCLE has launched more than 20 webinars with speakers from India, Canada and elsewhere on a wide range of topics. A series of lectures to commemorate 75 years of India’s independence is also being planned.

Aiming to enhance research related to India and Indian diaspora at U of G, CIRCLE recently announced available research awards.

The CIRCLE Master’s Student Research Fund will give two awards annually, each worth $2,500, to U of G master’s students whose research focuses on India or South Asia, or the diaspora of each. Deadline for submissions to the fund is Nov. 1.

Another motivation behind CIRCLE, said Srinivasan, is the need for research engagement with Indian and South Asian communities across Canada. India has one of the largest diasporas in the world and the Indian community in Canada comprises one of Canada’s largest and most well-integrated immigrant communities.

“Considering the strong Indian/South Asian communities we have in this country, we are not seeing much research engagement with these communities,” said Srinivasan, who studies gender discrimination and inequality in India, where much of her work is conducted. “And given India’s growing geopolitical importance, more complex emerging research is needed.”

Among areas in which U of G strengths could address research needs in India and help foster new graduate student research, food security is of critical importance to India and a particular focus of U of G, she said.

“India has one of the largest populations of food insecure, malnourished people in the world. It is an ongoing food and nutritional crisis. A lot of the food research that happens at U of G is particularly relevant to India.”

India has a rich tradition of community development and engagement, she added, another area where U of G excels.