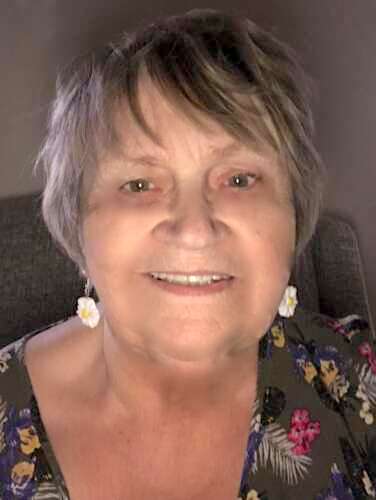 Marlene Truscott, an advocate for justice for the wrongfully accused and their families, received an honorary degree from the University of Guelph at a virtual ceremony on Oct. 19.

“The University is honoured to be recognizing Ms. Truscott for her tireless crusade to obtain justice for the wrongfully accused and their families,” said president Dr. Charlotte Yates. “Ms. Truscott’s unwavering dedication serves as an inspiration for U of G’s newest graduates as they embark on their next chapter and consider how they may similarly contribute toward a more just world.”

Truscott spent decades pursuing justice for her husband, Steven Truscott. Steven was acquitted in 2007 by the Ontario Court of Appeal, decades after being wrongly convicted at age 14 following the 1959 murder of his schoolmate Lynne Harper.

“I am so honoured to be recognized for my contributions toward Steve’s long and difficult road in righting a wrong that was made by the justice system in Canada,” said Marlene Truscott. “I am hopeful that the legacy of my work on his case will serve as an inspiration to others to continue to improve our justice system and to never give up hope.”

Truscott enlisted numerous supporters to secure Steven’s freedom from prison and to have his case reopened.

She continues to raise awareness of justice issues and improve understanding of Canada’s criminal legal system.

In 2000, Truscott worked with CBC’s Fifth Estate along with Innocence Canada, formerly the Association in Defence of the Wrongfully Convicted, to produce a documentary about the case. She also advised Julian Sher, author of the 2002 bestselling book Until You Are Dead, as well as playwright Beverley Cooper, whose play Innocence Lost was staged in 2008, and the producers of the 2020 movie Marlene.

She has worked with Innocence Canada to raise funds for other potential wrongful conviction cases.

Dr. Byron Sheldrick, acting dean of the College of Social and Applied Human Sciences, said the U of G speaker series “is inspired and informed by those values that have long motivated Marlene and, in particular, her commitment to challenge the injustices that are often embedded within our legal system and to ensure that they are corrected.

Truscott’s message to students graduating is to “fight hard for the things you believe in.”

“Our society and especially our justice system will need champions like you to make our systems better, fairer and more responsive. With courage and determination and a strong belief in the truth, one person can make a difference. That is the most important legacy I can leave to my own children, grandchildren, young people and especially young women.”