In times of collective instability and uncertainty, deep-seated racial stereotypes and prejudices rise to the surface, said Dr. Elaine Chang, School of English and Theatre Studies at the University of Guelph.

May’s Asian Heritage Month, she said, is a good time to reflect on Canada’s varied and vital Asian culture and the immeasurable contribution that people of Asian descent have made to our society. It is also a time to work to understand and eliminate prejudice.

The editor of Reel Asian: Asian Canada on Screen, Chang studies the stereotypical representation of Asians, particularly in film, to understand the origins of specific pejorative images and exclusionary practices.

Among her specialties are anti-colonial and Asian North American cultural studies, literary adaptation for the screen and screenwriting.

The world of film, she said, contains extraordinary diversity and is an exceptional medium for learning about other cultures and peoples. But film has also been used to perpetuate dangerous racial stereotypes.

“Images have a way of finding reference in the real world, even if they are tremendously phony, exaggerated and caricatured,” Chang said. “A lot of Asian-Canadian kids who, like me, were bullied on the basis of our race, were often confronted with the mimicking of thick accents or slanted eye gestures that were part of the popular culture.”

Those gestures and the prejudicial attitudes that motivate them have been around for a long time, she said. 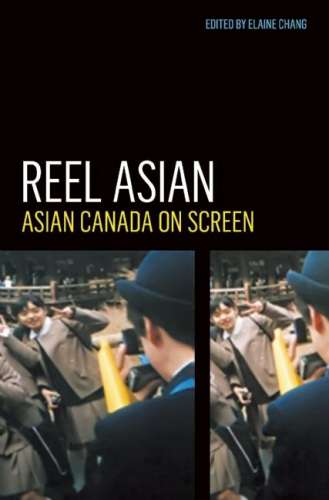 “Asian Heritage Month is a time to reflect on the root causes of anti-Asian prejudice and to recognize the many forms it takes.”

Such prejudice has escalated to an alarming degree during the pandemic, said Chang, who holds graduate degrees in modern thought and literature from Stanford University in California.

Chang’s Korean parents survived the Japanese occupation during the Second World War and the Korean War, and emigrated first to the United States and then to Canada. Her physician father continued his medical training in Cleveland and landed a residency at Vancouver General Hospital before moving on to other positions in British Columbia.

“Taking stereotypical representation very seriously is important because it has a material impact on real people, people who may not sound like that or look like that at all,” said Chang, who has created a series of ‘double feature‘ recommendations to give new and seasoned viewers examples of divergent depictions of and by Asians in film.

“It does a lot of damage, especially to the self-esteem of young people. We learn to absorb the insults and it takes the form of a kind of internal racism or self-hatred. It has a very negative impact on people and how they feel about themselves and their cultural backgrounds.”

Chang said her life has been a journey to reclaim her identity and affiliation with her Asian heritage, and to forge meaningful solidarities with others based on practices of empathy, mindfulness and deep listening.

The theme for Asian Heritage Month 2021 is “Recognition, Resilience and Resolve.” The month is also a call to action for “all Canadians to come together to combat all forms of anti-Asian racism and discrimination.”

Asia is the world’s largest and most populous continent, with about 60 per cent of the world’s population in 48 diverse countries.

Over roughly the past year, incidents of anti-East and Southeast Asian violence have sharply increased in Canada, the United States and elsewhere in the world, said Chang.

“The scapegoating of Asians, especially people of Chinese descent, as the instigators of the spread of COVID-19, was spurred by former U.S. President Donald Trump’s use of terms like ‘China flu’ and ‘Kung flu,’ terms which essentially blame China for the pandemic. It was a catalyst for anti-Asian violence.”

According to an online survey by the Chinese Canadian National Council, more than 1,000 self-reported anti-Asian incidents of racism have taken place in Canada since the start of the pandemic, said Chang. Many assaults have targeted children and elders in Canada, she added.

“I find what is happening very disheartening. It is so heartbreaking for anyone who has empathy or an ethical orientation to the world. I think we all love the idea that we have evolved, but in times of duress and panic, or in times of widespread social upheaval, the scapegoat mechanism rears its ugly head again. When people don’t have any explanations, they want a convenient target or victim. It’s frightening.”

She said she sees incidents of “othering” and intolerance as interdependent.

“I think we share the same global ecosystem. Whenever these things happen to anyone, regardless of their ethnic group, sexual orientation or religion, it impacts the central nervous system that we share. My research and teaching place a special emphasis on the ethical contract we have with everybody else, with the art, history and nature to which we all owe something.”

She sees universities as models for building bridges through diversity and inclusiveness.

“A university, like the University of Guelph, is a forum in which people interact with other kinds of people, partly or initially because they have to. I think the mission of a university is to underscore the ‘universe’ part of it and everyone in it.”