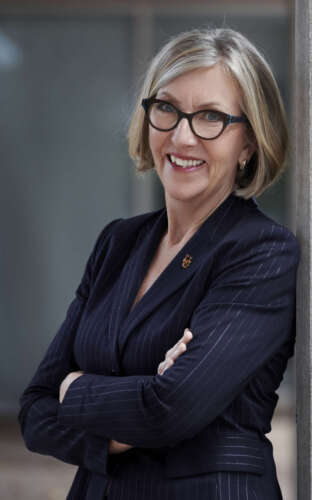 University of Guelph president Charlotte Yates is featured in a CBC Radio news report on the future of the nation’s automotive industry.

Yates discusses the effect of increased production of electric cars in Canada with Paul Karchut, CBC Radio’s national car columnist and host of the weekly program Karchut on Cars. The segment will air on numerous CBC radio programs across Canada this week.

A frequent media commentator on auto sector labour issues, Yates is the co-author of a 2019 national report on the future of Canada’s automotive sector. The report, released by the Canadian Centre for Policy Alternatives, suggests that electric and driverless vehicles could be the key to the industry’s survival in Canada. It also outlines a plan to boost competitiveness and avoid plant closures.

Yates is the president of the non-profit Automotive Policy Research Centre, which develops policy research focused on maintaining a competitive and sustainable Canadian automotive industry. She is also the academic representative on the Canadian Automotive Partnership Council and has been recognized by the Ontario Ministry of the Status of Women for her teaching and research on the labour industry and unions.