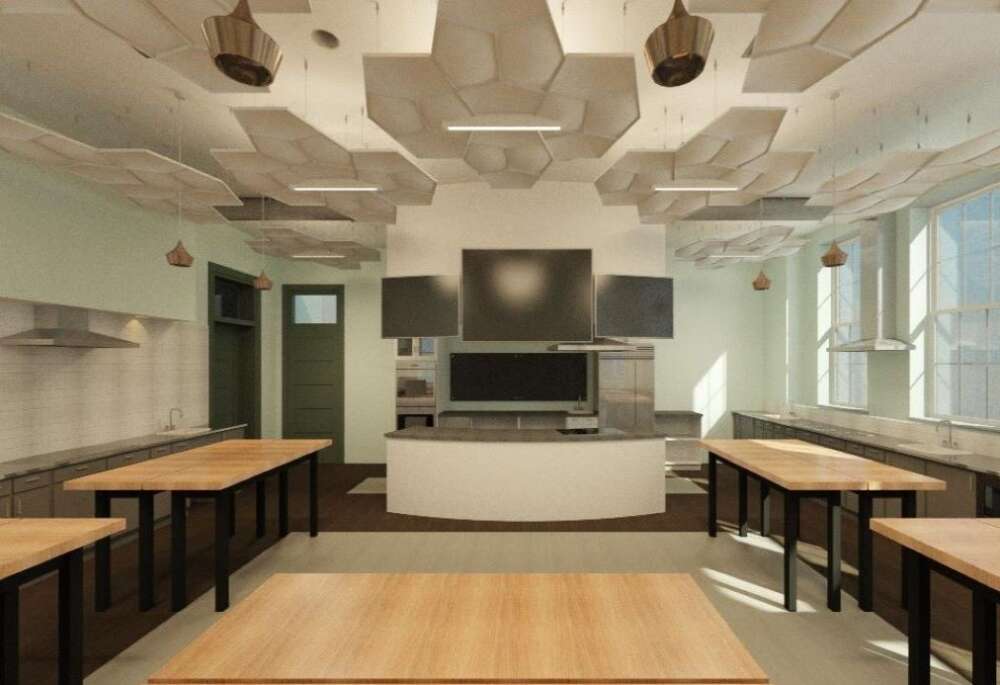 An artist rendering of the new Anita Stewart Food Lab

From cooking on camera to learning about food preparation and safety, nutrition and hospitality students at the University of Guelph – and foodies anywhere in the world – will benefit from a new food lab and culinary studio to be built this fall on campus.

Work to begin shortly in the University’s Macdonald Institute will result in construction of the Anita Stewart Alumni Food Laboratory, named for U of G’s food laureate and founder of Food Day Canada.

Among the first of its kind in Canada, the project is being funded through a $1.33-million gift provided by Michel Eric Fournelle, a 1992 U of G graduate and long-time real estate developer and philanthropist.

His donation in 2019 marked the 50th anniversary of the University’s School of Hospitality, Food and Tourism Management (HFTM), and launched the school’s Legacy 50 fundraising campaign, which has raised more than $1.5 million.

The new lab will be outfitted with state-of-the-art appliances and food preparation equipment provided by Whirlpool Corp. for some 250 students enrolled each year in a second-year course called “Understanding Foods.” 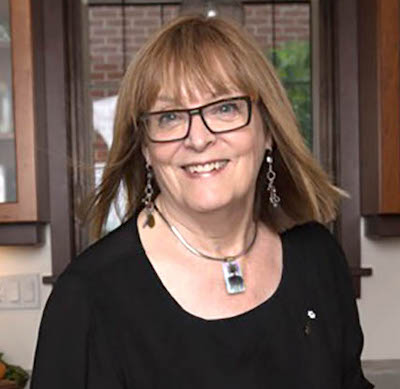 Beyond those students, viewers worldwide will gain virtual access to food preparation demonstrations through YouTube videos to be recorded and broadcast through a new high-end audiovisual (AV) system to be installed in the lab.

Statia Elliot, associate dean (external relations) for the Gordon S. Lang School of Business and Economics and an HFTM faculty member, said researchers from across Canada’s food university will be invited to use the new AV facilities to share food expertise with audiences around the globe.

Beyond the roughly 125 students taking the food course each semester, said Elliot, the new AV facilities and lab equipment mean “the reach of the food lab can be international.” Referring to food experts in numerous departments as well as U of G’s Arrell Food Institute, she said, “It will be a much more collaborative space.”

The lab’s AV system will also draw off-campus chefs and other experts for broadcast demonstrations, said Stewart. “We’ll be able to bring many of Canada’s locally inspired chefs, including winners from the U of G Good Food Innovation Awards, to campus to showcase their talents as well as the talents of our researchers. The broadcast capabilities are going to be phenomenal.”

Work will begin this week on dismantling the long-standing food lab, which occupies a classroom-sized space in the Macdonald Institute. Organizers expect the new facility will be ready by the end of the fall semester.

Elliot said she expects the AV system will be used by instructors to create videos for wider audiences even if the course is taught virtually under COVID-19 restrictions.

Although teaching food labs are common in college culinary training programs, she said, “For a university, it’s unique to have a hands-on teaching facility, especially with recording and broadcasting capabilities. I think we’re going to be unique in Canada.”

About 400 undergraduate students are currently enrolled in HFTM. Some 10,000 alumni have gone on to careers in nutrition, food science, hospitality and health.