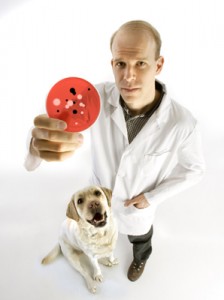 The Washington Post consulted Prof. Scott Weese, the head of infection control at U of G’s Ontario Veterinary College (OVC), to provide insight into news that two cats in New York state have tested positive for the new coronavirus.

The article noted there is a difference between infected and infectious — meaning just because a pet has the virus doesn’t mean it can transmit it to humans. Weese said the virus doesn’t appear to reproduce well in dogs, but the jury is still out on its effects on cats because there is still much to learn.

“The lack of evidence doesn’t mean there’s absence of risk. It just means we haven’t been able to sort it out,” he said.

Weese is a veterinary internal medicine specialist with the Department of Pathobiology at OVC. He researches many types of animal infection, including rabies and tick-borne diseases as well as antimicrobial resistance.