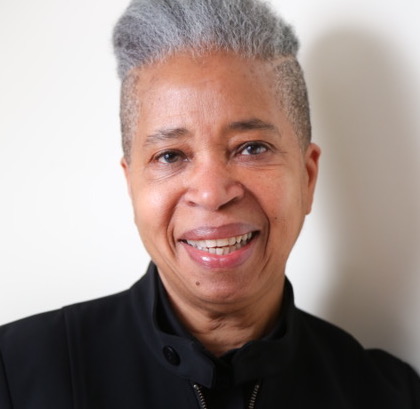 University of Guelph English and Theatre Studies professor Dionne Brand has won the $10,000 2019 Toronto Book Awards for her novel Theory.

Theory tells the story of an unnamed, ungendered graduate student who is trying to write a wildly ambitious thesis and stumbles into three love affairs with women representing, in turn, the heart, the head and the spirit.

Established by Toronto City Council in 1974, the Toronto Book Awards honour books of literary merit that evoke the Ontario capital.

The Toronto Book Award jury called Brand’s book a “wry, beautiful, profoundly philosophical novel,” and said: “In this novel of ideas, Dionne Brand dazzles with smart, jazz-like storytelling and the utterly engrossing voice of its narrator.”

Brand has earned several awards over her career, including the Trillium Book Award earlier this year for her poetry collection The Blue Clerk. She has also won the Governor General’s Literary Award for poetry, the Pat Lowther Award for Poetry, the Harbourfront Writers’ Prize and the Griffin Poetry Prize.

She last won the Toronto Book Award in 2006 for her novel What We All Long For. In 2009, she served as poet laureate of Toronto; in 2017, she was named to the Order of Canada.

Brand teaches poetry and prose in U of G’s creative writing MFA program.