An organization that reduces hunger in South Africa using a cost-effective model that includes digital technology, and a University of Saskatchewan plant scientist who has made breakthroughs in growing crops on substandard soil are the Arrell Global Food Innovation Awards recipients for 2019. Four others have received honourable mentions.

The University of Guelph award program, which began in 2018, recognizes those who make exceptional efforts to create more equitable, suitable, efficient and nutritious food systems, either through research excellence or community engagement. Two prizes of $100,000 are awarded annually. Nominees are from around the world. 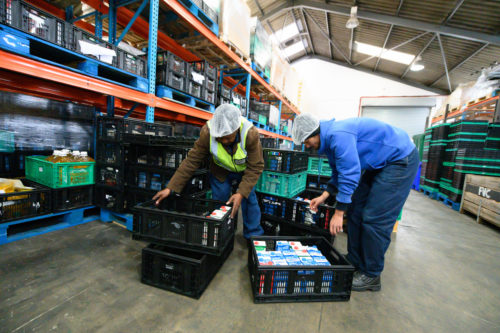 Food is sorted in a FoodForward warehouse in Cape Town, South Africa.

FoodForward South Africa has been recognized with an Arrell Global Food Innovation Award in the community category.

In a country where about 14 million people go hungry each day, the organization is taking front-line action. With the help of numerous food and financial donors, FoodForward South Africa helps provide more than 17.5 million meals each year.

Andy Du Plessis, managing director of FoodForward SA, said receiving the award will inspire the organization to do more for vulnerable people. The funds will be used to augment various programs.

“Our food-banking model uses a multi-faceted approach to address hunger, poverty and unemployment, while reducing the impact of food waste on the environment,” Du Plessis said. “The model connects a world of excess to a world of need.” 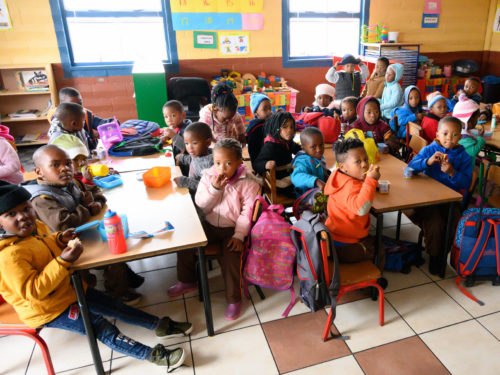 Many children in South Africa are nourished by FoodForward SA.

Edible surplus groceries are collected from numerous supply chain partners. A digital technology platform called FoodShare virtually connects beneficiary organizations with retail stores for the regular collection of surplus food.  The food is redistributed to hundreds of those organizations through a national network that serves more than 260,000 people daily.

“Knowing that we are able to make a difference to hundreds of thousands of vulnerable people across South Africa each day gives us a huge amount of fulfillment,” Du Plessis said. “To receive this level of international recognition for the work we do is encouraging and inspires us to do more and reach more vulnerable people that need our help.”

Leon Kochian, a professor in the departments of plant science and soil science at the University of Saskatchewan, has been recognized with an Arrell Global Food Innovation Award in the research category for global translation of his discoveries into improved crop production, particularly on acidic soils. His research may improve food security for hundreds of millions of people. 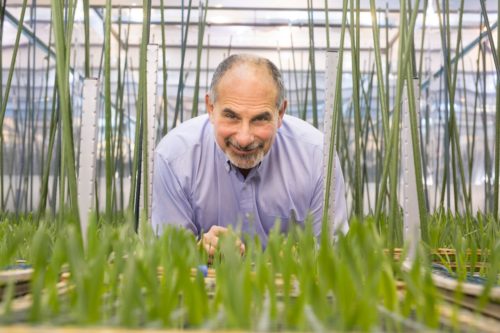 “Dealing with global food insecurity is a huge problem, since we have to produce approximately 70 per cent more food over the next 30 years on less and often more marginal soils, in order to feed the 9.7 billion people who will populate the planet by around 2050,” said Kochian, who is the Canada Excellence Research Chair in Global Food Security and associate director of the Global Institute for Food Security at the University of Saskatchewan.

He added that he is confident the challenge will be met, but it will take an enormous, integrated, team-oriented research effort across the biological and physical sciences.

Kochian is a world expert in adapting crops to marginal soil environments, particularly in enhancing crop production in acidic soils. Those soils have high concentrations of aluminum that damage and stunt root systems.

“Up to 50 per cent of the world’s potentially arable lands are highly acidic,” he said. 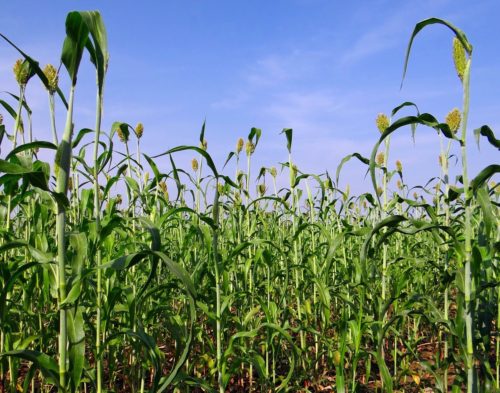 Sorghum is one cereal crop that has benefited from the research findings of  Prof. Leon Kochian.

He has worked for more than 20 years to identify the physiological and genetic mechanisms that make plants tolerant to aluminum toxicity and phosphorus deficiency. Using genetic and genomic tools, he and his collaborators have developed more tolerant plant lines, now being grown in acidic soils in Africa and South America, with large yield increases.

He said he is honoured to receive the Arrell award, which has quickly become recognized around the world as a major agriculture and food research award.

“The challenge of sustainably, equitably and profitably feeding the future is a global challenge and is something that the University of Guelph identifies very deeply with,” said Fraser, a professor in the Department of Geography, Environment and Geomatics, and holder of the Canada Research Chair in Global Food Security at U of G. “It is fitting for a globally focused institution like ours to acknowledge the very best in the world.”

He said U of G is one of a number of “global centres of gravity” that are leading in addressing food security.

“In addition to recognizing – and helping supercharge – the world of Professor Kochian and FoodForward South Africa, this award helps place the University of Guelph at the centre of a global movement towards creating more sustainable food systems.”

He said FoodForward SA’s range and volume of activity allows it to address the root causes of food insecurity and feed many people. “That is a really powerful package.”

He called Kochian a highly creative and accomplished researcher who has made “contributions at the highest level” that enable farmers to plant cereal crops – arguably the world’s most important source of calories – on marginal land.