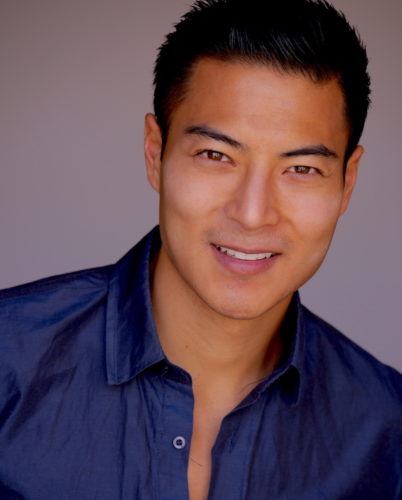 Actor Chase Tang graduated from U of G in 2016

Chase Tang is becoming a supervillain – at least, a fictional one. The soon-to-be villainous star of the Netflix superhero series Jupiter’s Legacy says the University of Guelph had a “massive influence” on his ability to pursue his dreams.

“Without the support and everything I acquired in the years I was at the University of Guelph, there is no way I would be able to navigate my life smoothly,” said Tang, 25, who was born in Taipei, Taiwan, and raised in Nova Scotia. “Without a shadow of a doubt, I wouldn’t be where I am today or in the position I am within the film/television industry without crossing paths with this amazing university located in the beautiful city of Guelph.”

Tang hasn’t been toiling in the film and television industry for very long. Since 2017, he’s appeared in the short films Time, Space and Lee and View, and in the TV documentary series Scariest Night of My Life. His good looks and dramatic flair obviously left a strong impression on the casting director of Jupiter’s Legacy. He is overjoyed about landing the role.

“It is absolutely life-changing and beyond words to describe this opportunity,” he said. “It’s an actor’s dream, to say the least. I have nothing but incredible things to say about Netflix and Jupiter’s Legacy.” 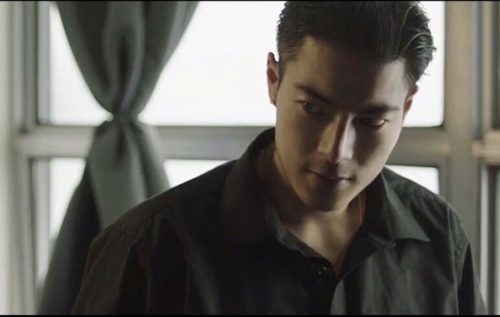 He can’t divulge details about the series, which is set to premiere on Netflix in 2020, but said its makers are putting a great effort into the production to make it “truly amazing.” All he can say about the role is that his character, Baryon, is a supervillain of Asian descent. It is the biggest role of his career to date.

Jupiter’s Legacy, is the story of the world’s first generation of superheroes, who came upon their superpowers in the 1930s. While they remain revered today, their children struggle to live up to their legacy.

Tang came to the University of Guelph from high school after receiving a $3,000 entrance scholarship. He studied business and graduated in 2016 with a major in marketing management.

“It was one of the best decisions I’ve ever made in my life to this day,” he said. “I was so blessed to have fantastic professors and mentors at Guelph.”

Since graduating, he has credited professors Jamie Gruman, Ruben Burga and Tanya Mark, as well as other faculty members who guided him in his business studies and life’s journey.

“Those three are very special to me and I hold them close to my heart,” he said. “I often think about how they inspired me. They taught me so much about the corporate world, about business and life in general. At U of G, I was exposed to all facets of life, not just in my area of major.” 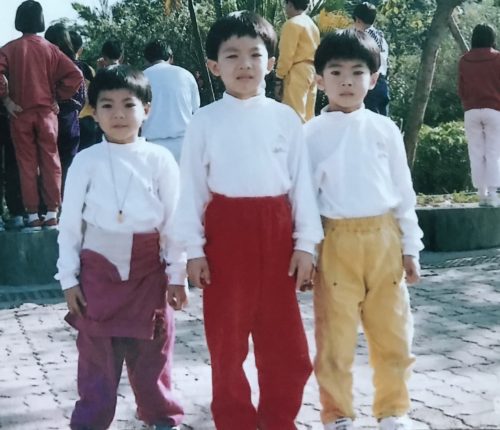 Chase (Chia-Hao), left, with his brothers Chung, middle, and Chia-Chun.

Tang moved to Nova Scotia from Taiwan when he was young. He grew up happy and active in an affluent family. He took to playing hockey and couldn’t get enough of the sport

When he was 17, his parents separated, and financial fortunes took a turn for the worse.

“After that, I struggled for many years,” he said. He worked at jobs that barely paid enough to survive and at one point took a second, minimum-wage job packaging newspapers.

From 2008 to 2016, he moved constantly, trying to find the cheapest accommodations he could.

“I eventually found some success in the corporate world, but I was never truly happy, never felt fulfilled in my life,” he said.

Shortly after graduating from U of G, Tang took the preliminary steps to fulfill a life-long dream by taking his first acting class. His acting coaches were initially harsh in their assessments. 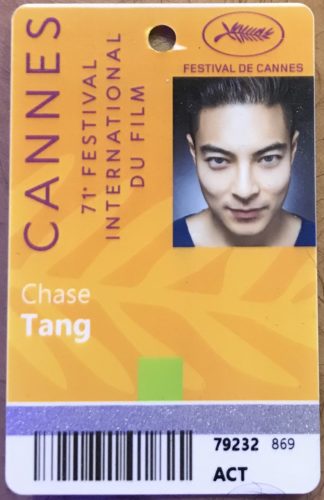 “My path into acting and over the past three years has been nothing short of trials, tribulations, disappointment and a ton of heartache,” he said. But despite all the hardship he faced, he remained optimistic about his chances for success. Now, he wants to pass that optimism on to others.

“It’s 2019 and the world we live in today is full of options, choices and amazing opportunities,” he said.  “I want all the people hearing my story to know how normal I am and to know about the normal struggles I went through – struggles with finances, health, career, relationships, body image and mental well-being.”

While he may be about to play a supervillain in a Netflix series, there is nothing villainous about his words of encouragement to all.

“Never, ever doubt yourself and never let someone else tell you who you are,” he said. “No matter how bad your life is, don’t forget that the pen is in your hands and you are the author of your story.”